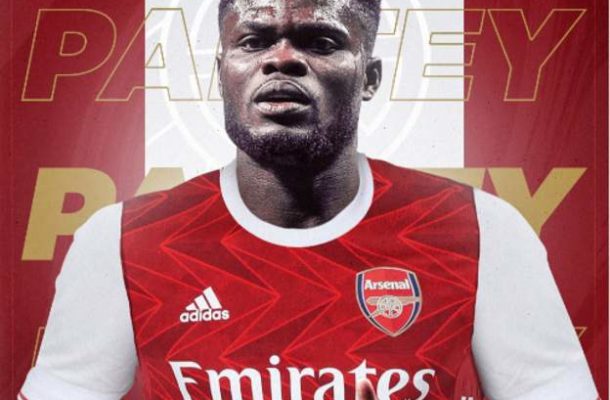 After several weeks out with a hamstring injury, Ghanaian midfielder Thomas Partey returned to action in Arsenal’s 3-1 win against Leicester.

Coming on as a second-half substitute, the player helped see out a win that carried Arsenal back into the top half of the Premier League table. Now, Arsenal fans will be hoping he is fit enough to drive their push for the European places in the second half of the season.

Thomas Partey was introduced with 27 minutes remaining last night while the score was 2-1.
He completed 92% of his passes, 2 long balls, 100% of his dribbles, 80% of his duels & gave away 0 fouls while making 1 clearance, 1 interception & 2 tackles. Game changer. pic.twitter.com/2FzQm9Wjr8

Once perennial league winners and title contenders, younger Black Stars fans will be more used to seeing the modern-day contingent play on Thursdays in the Europa League. To make matters worse, their start to the 2020/21 season was the worst in the club’s Premier League history.

A miserable run of winter form dropped them within only 5 points of the relegation zone. This had pundits asking if the multiple-time English champions were at risk of an unprecedented drop into the second division.

But Arteta has orchestrated a revival, with the Gunners’ post-Christmas record better than any team in the league bar Manchester City and West Ham. Still considered outsiders to make the top four at 14-1 in the Premier League betting, Europa League football is not impossible despite a crowded field above them in the league.

Though their FA Cup defence came to an early end, Arsenal remain in with a shot of winning the Europa League, seen by many as their best chance to secure Champions League football next season. To pull off the unlikely, however, they will surely need a prolonged contribution from Thomas Partey.

Partey was a high-profile deadline day move at the start of the season after the Gunners triggered a £45m release clause at former club Atletico Madrid. But he has already missed ten games across three injury spells since joining the club.

For five years, Partey was the ever-present midfield engine of an Atletico team that frequented the later stages of the Champions League and never dropped below a third-place finish in La Liga. Needless to say, Atletico didn’t want to lose a player of Partey’s quality, but were hamstrung by his release clause.

A bastion in the heart of midfield, Partey is a rare complete player possessing both a perceptive defensive mindset and aggressive forward movement and vision. Across 132 league games for Atletico he was equally adept at tracking Lionel Messi as he was scoring a screamer from long range, and when fit, he could be the first name on the Arsenal team sheet.

The Gunners still have a young squad undergoing something of a rebuild under Mikel Arteta. But Partey could join former Golden Boot winner, Pierre-Emerick Aubameyang and young star, Bukayo Saka as the foundation of a potential European contender. But first, they will need his help to continue their rich run of form into the end of the season.