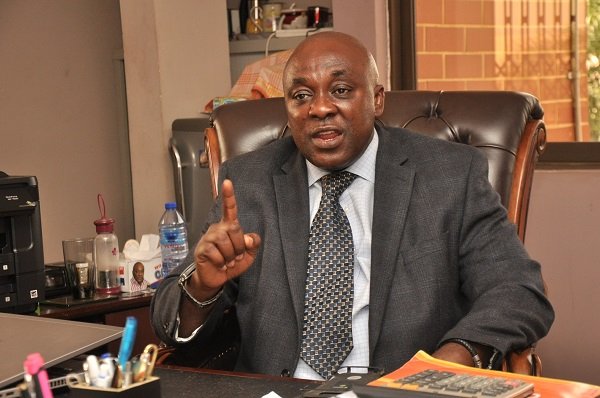 Deputy Minister of Trade and Industry, Carlos Ahenkorah, has asked members of the Ghana Union of Traders Association (GUTA) to tread cautiously in attempting to remove foreigners from Ghana’s retail markets.

The Ministry, in a release signed by its acting Chief Director, Ebenezer Padi Adjirackor, and issued in Accra Wednesday, said it had suspended the exercise of removing foreigners from Ghana’s markets in order “to intensify sensitisation and education in the domestic retail trade sector”.

GUTA members were angered by the failure of the minister to meet them in strategising towards the removal of so-called foreigners engaging in retail from Ghana’s markets.

But the Minister’s statement explained that the suspension of the ban is to help them intensify sensitization and education in the domestic retail trade sector.

“The Ministry, however, demands the cooperation of the trading community and the general public in this regard,” the statement said.

The Ministry had given notice to all foreign retailers to vacate the country’s retail markets by 27 July 2018 or face sanctions.

The suspension which did not go down well with GUTA has caused them to ask members not to pay attention to the Minister because he had taken them for granted for too long.

But Mr Ahenkorah, speaking on Asempa FM’s Eko Sii Sen Friday, said the Ministry of Trade and Industry has suspended the exercise because of inadequate sensitisation.

“I can’t sit in the ministry and just take decisions that is why there is the need for us to use more diplomatic ways to make things work for all of us. I want them [GUTA] to know that we have good intentions for them,” he said.