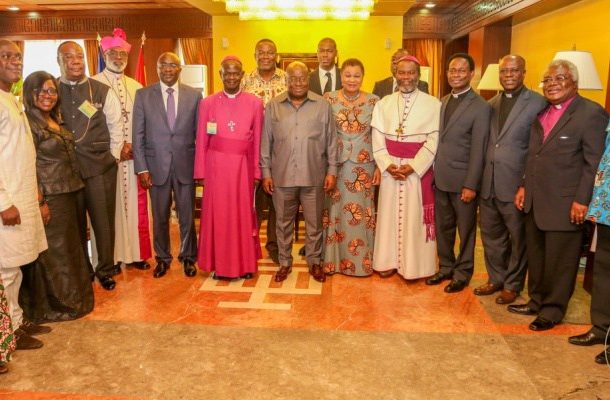 The Ghana Catholic Bishops’ Conference (GCBC) has never stated anywhere that members were not consulted by government in the plan to build a national cathedral, the National Catholic Secretariat has stated.

There were reports widely carried in the media that the President of GCBC, Most Reverend Philip Naameh, who is also the Metropolitan Archbishop of Tamale, said government did not consult the Conference in the plans to build the cathedral.

There has been public outcry as regards the location of the proposed cathedral, which is to be built as a legacy project of Ghana’s 60th independence anniversary.


According to the National Catholic Secretariat, what Archbishop Naameh sought to clarify in an interview with journalists was that Archbishop Charles Palmer-Buckle was on the board of the project in his personal capacity and not representing GCBC.

“He explained that though the GCBC was not invited officially to send a representative, the Bishops will continue to support the initiative of the President of the Republic,” a statement on Thursday said.

It reassured government of the commitment to any church-state partnership.

“The Bishops’ Conference wishes to state firmly that it is not against the building of a national cathedral and will always collaborate with government on relevant issues of national interest as indicated by the President of the Conference to the journalists who interviewed him.”

The cathedral is expected to be built by private Ghanaians with the government providing the land.