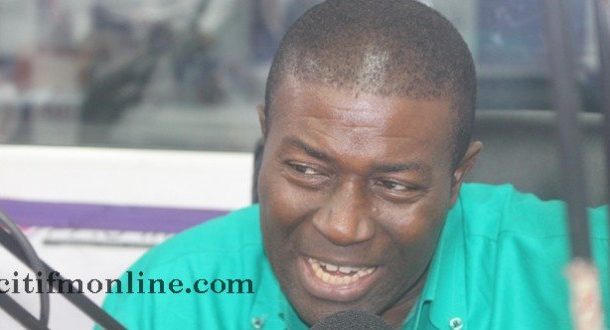 Following the National Democratic Congress (NDC)’s condemnation of the recent survey conducted by the Centre for Democratic Development (CDD), the New Patriotic Party (NPP) has said the findings are accurate and properly depict the current plight of Ghanaians. The CDD’s study, which was done between July 2 and July 18, 2016 revealed that seven out of every 10 Ghanaians were pessimistic about the country’s fortunes if things continue on the current trajectory.

A sample size of 2,400 adults, from 163 districts and 291 towns and villages was used to gauge the electorates’ mood ahead of December’s polls. However, the NDC rejected the findings, claiming that the CDD was working under the orders of the opposition. “It is something that the NPP cooked and they have put out… it still remains a fact that the CDD, as far as were are concerned, is an appendage of the NPP,” the Deputy General Secretary of the party, Koku Anyidoho asserted. The CDD has come out in defense of its survey, insisting that the processes it undertook were credible and describing the NDC’s comments as “unfortunate.” In a statement signed by their Communications Director, Nana Akomeah, NPP stated that the survey correctly reflected the struggles of Ghanaian citizens under the current NDC administration. 
“The findings from the survey highlight the clear sentiments of the vast majority of Ghanaians on President Mahama’s leadership of this country,” the statement said.

“The CDD Report shows President Mahama has miserably failed in addressing the issues that are of the most concern to the Ghanaian. masses, including employment , provision of electricity , economic management , and corruption.”

The NPP believes that the findings of the CDD survey was corroborated by previous research undertaken by the Institute of Economic Affairs (IEA) and echoed by the Trades Union Congress (TUC).

The surveys also underscore the Ghanaian TUC’s stance delivered to President Mahama in Kumasi last Wednesday . The TUC told President Mahama that Ghanaians were getting poorer; that wages of Ghanaian workers had seen sharp decline in value due to rising inflation, loss of value of the cedi and the IMF programme which has cut subsidies at time when value of the cedi has fallen drastically; that the gains workers had from single spine had also been eroded by high inflation and fall in cedi’s value. The workers said they cannot cope with this bad situation any longer. All these surveys and pronouncements also vindicate the NPP’s long-held position that the NDC government is largely engaged in propaganda and make believe instead of focusing on cutting corruption and waste and on prudent policies and programmes that will uplift the Ghanaian economy. The NPP is very much encouraged by these endorsements and will work even harder to deliver the change Ghanaians need.