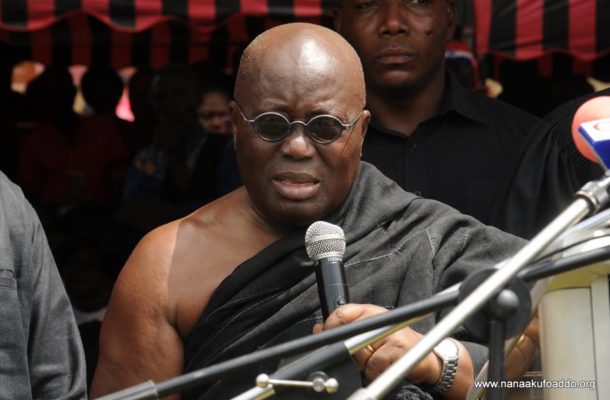 The Caucus for Democratic Governance Ghana (CDG-GH) says more than ten thousand Jobs were lost in 2018, exposing the Nana Addo administration's  claims of solving the unemployment problems in the country.

In a statement, the CDG-GH said it has observed an alarming rate of unemployment in the country

"The Caucus for Democratic Governance, Ghana (CDG-GH), has observed, sadly that Ghanaians are increasingly complaining because they have no jobs, adding that the promises made by Nana Addo during 2016 elections; have not been fulfilled, especially the promise to create jobs," the think tank said.

UNFULFILLED JOB PROMISES : YOUTH IS DESPERATE AND HUNGRY
THE SCHOOL SYSTEM WILL RELEASE 2,5 MILLION JOBLESS IN 4 YEARS OF NPP

The Caucus for Democratic Governance, Ghana (CDG-GH), has observed, sadly that Ghanaians are increasingly complaining because they have no jobs, adding that the promises made by Nana Addo during 2016 elections; have not been fulfilled, especially the promise to create jobs.

JOB LOSSES
There has been many job losses since the change of Government in 2017. From May to August 2018, not less than 10,285 job losses were recorded, the highest unemployed rate within four months in the history of Ghana. EIB Network and Group Nduom lost 450 jobs; Textile Works lost 235 jobs; BXC Company Limited lost 600 jobs; Rider Steel Company lost 1000 jobs; Goldfields Ghana lost 1,800 jobs; Consolidated Bank Ghana lost 1,700 jobs; Vodafone Ghana lost 3,000 jobs and Oil Marketing Company lost 5,000 jobs. About 20,000 people have also lost their jobs directly due to 420 financial Institutions that have been shut down. Adding the indirect jobs lost as a result of the banking crises we have about 40,000 to 50,000 who are jobless and out of business. Besides over 200,000 galamsey and small scale mining workers are jobless. As a result of COVID-19, further 300,000 workers country wide have lost their jobs.

YOUTH UNEMPLOIMENT
Collected data, shows that about 200,000 students graduate every year from our tertiary Institutions. About 400,000 or more graduate from the SHS. If we subtract those entering the tertiary institutions, we are left with 200,000 on the street. From the JHS, we have about 603,000 graduating. If you subtract the 400,000 who gain admission to SHS, we are left with 203,000 on the street. Out of the school system therefore, the total number of unemployed set on the street every year is 603,000. In four years, it will be 2,412,000 jobless graduates. These figures are on the lower side because the school feeding program and fee free SHS have increased the numbers. If we count the number of present unemployed at about 3.5 million, we will be confronted with a conservative figure of about 12 million unemployed in 2020; considering the 2.7% yearly population increases.
Looking at the above figures, the 100,000 NACOB Training Program and the casual jobs created in the Agricultural sector, “is nothing to write home about”.

JOB CREATION
I believe strongly President Akufo Addo can learn from the strategy of former President Mahama. Former President Mahama carried out massive Infrastructural projects. The building of Tamale, Ho, Terminal three, Accra and Kumasi Airports; Universities at Ho and Sunyani;. University hospitals in Legon and Tamale; Regional hospitals in all the ten Regions; building of polyclinics and chip compounds across the length and breath of the country. He constructed the Kwame Nkrumah and Kasoa Interchanges, the cocoa roads and the eastern corridor road and Komenda Sugar factory among others. He also built 130 of the two hundred Day Secondary Schools across the country, to give employment to the people.

SUCCESS STRATEGY
The success strategy is that at any given point in time, the former President- had about 2.5 million people on Government ticket in employment. Even where the projects were completed. the newly built Universities and hospitals employed more jobless people and so were productive. Through this strategy, nurses, teachers, lecturers, engineers, administrators carpenters, masons, painters, electrician, drivers, laborers, surveyors, contractors and many others found jobs from the projects. Market women and shop and business owners were happy because there was brisk trading and money was in circulation. Private owners could therefore employ more people who paid taxes. This is part of the strategy for Nation Building in Work and Happiness.