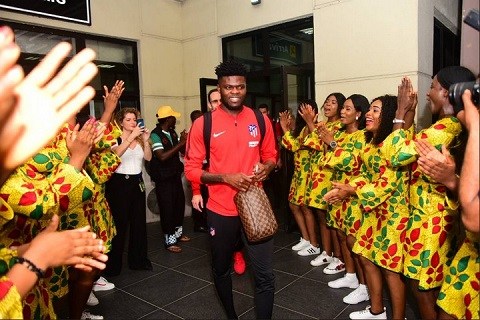 Thomas Partey’s name is set to be engraved in Atletico Madrid’s history forever after the midfielder reached a milestone 100 games in all competition for the club in their win over Rayo Vallecano in La Liga on Saturday.

The Ghanaian international will have his own plaque on the famous Paseo de Leyendas (Walk of Legends) of Atlético de Madrid, located on the western forecourt of the Metropolitan Wanda.

The club pays tribute in this particular walk to all players who have played at least 100 games with the red and white shirt.

Partey joined Atletico’s academy back in 2011 and has since then progressed through the ranks until he reached the first team in 2015. His debut for the first team came on 28 November, 2015 against RCD Espanyol.