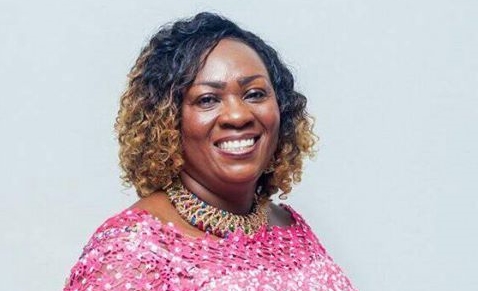 The police have invited the Member for Parliament (MP) for Awutu Senya East, Ms Hawa Koomson, for questioning, following Monday’s disturbances and firing of gunshots at the Top Hill Down Polling Centre at Kasoa, in the Central Region.

The Police PRO said that a statement has been taken from Ms Koomson, who is also the Minister for Special Development Initiative, invited to assist the police in investigations into the chaos and firing of gunshots at the polling centre.

Meanwhile, the four persons arrested in connection with disturbances have been granted GH¢30,000 bail each with two sureties by the Cape Coast Circuit Court.

One of the sureties should be a government worker whose net salary is GH¢2,000.

The accused, Sulley Razak, Majeed Amadu, Suleman Yusuf and Razak Musa were charged with conspiracy to commit crime, causing unlawful damage to three motorbikes and discharge of firearms in public place without authority by the court presided by Ms Dorinda Smith Arthur.

They all pleaded not guilty to all the three charges and the case was adjourned to August 18,2020, for a case management conference.

She said the accused are to report to the Kasoa police every Tuesday until the case is called.

The Ghanaian Times
Razak, Amadu, Yusuf and Musa, were arrested by the police in connection with the shootings and disturbances at the centre.

The Public Relations Officer (PRO) of the Central Regional Police Command, Deputy Superintendent of Police (DSP) Irene Oppong, told the Ghanaian Times, that the police had mounted a search for other accomplices, who were on the run.

She said on July 20, at about 10a.m a complainant from Peace Town at Kasoa called at the police station and reported that at about 9:30a.m at Kasoa Peace Town Top Hill Down registration centre, whilst registration was in progress some thugs raided the centre.

DSP Oppong said a person from the group pulled a pistol and fired a gun to scare people who had queued to register and in the ensuing confusion, three motorcycles, parked at the centre were burnt.

She said the police proceeded to the scene, arrested the suspects and retrieved one pistol from one of them.

DSP Oppong said the burnt motorcycles had also been retrieved by the police, adding that investigations into the case were ongoing.