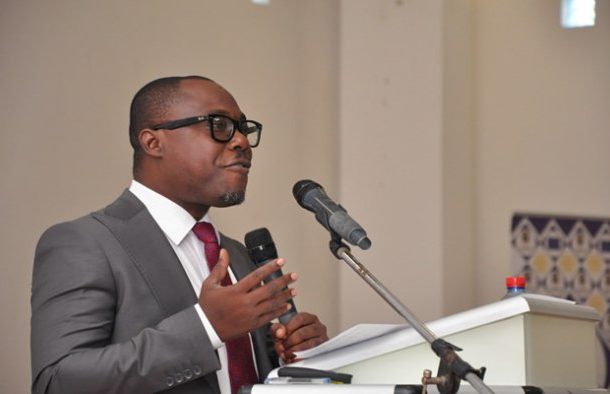 Before condemning the LGBTQI+ community, you must first check whether or not you have a good standing with God, Associate Professor of Political Science and Director of the Centre for European Studies at the University of Ghana, Ransford Edward Van Gyampo has said.

In a post on Facebook, Prof. Gyampo stressed that all sins carry the same weight and as such, he could not fathom why certain individuals boldly condemn homosexuality thinking their sins are bigger before God than theirs.

“You sleep with your own daughter and boldly condemn LGBT People. Are we able to appear before God and tell Him our sins are smaller than that of others?” He rhetorically quizzed.

The UG lecturer though maintained that homosexuals and their activities would not be tolerated in Ghana since the act is against our culture and religious values, he cautioned the condemnors to check if their own ways of living if the are clean before God.

“We will remain intolerant of all LGBT practices , and purely from socio-cultural, and religious point of view, this is fine, and understandable, because, this is us, in only a transitional democracy, that upholds only political rights and keeps all other ECOSOC rights under-developed.

“But as we boldly condemn others, we must also look at our own standing with God. Otherwise, “for all have sinned and fallen short of the glory of God””.

He added, “That little hole is big enough to eventually sink an entire ship and the consequences would not distinguish between the so-called big sinner and small sinner.”

Meanwhile, the President of the Republic, Nana Addo Dankwa Akufo-Addo, has broken his silence on whether or not Lesbian, Gay, Bisexual, Transgender, Queer, Intersex rights would be accepted in the country.

According to him, same-sex unions would not be legalized under his watch.

“It will not be under the presidency of Nana Addo Dankwa Akufo-Addo that same-sex marriage will be legalized in Ghana; it will never happen in my time as president,” he said this while speaking at Asante Mampong during the installation of Rev Dr. Cyril Kobina Ben-Smith, as the 2nd Archbishop of the Anglican Church of Ghana.

Prior to Mr. Akufo-Addo's statement on Saturday, February 27, 2021, a section of the Ghanaian populace had already demanded to know his exact position on the subject. This was after the LGBTQI+ group established its Ghana office in the capital, Accra.