Children having sex at 16 are law abiding - UCC Lecturer 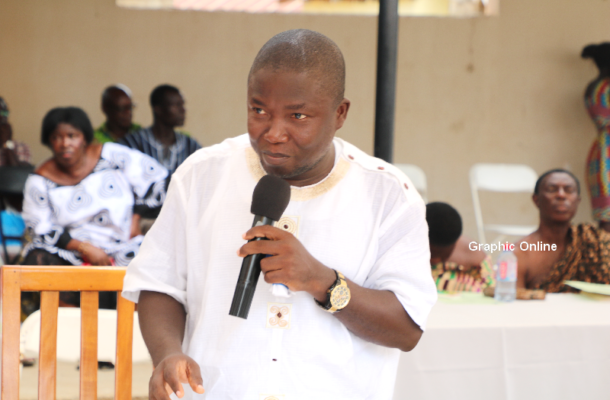 A Senior Lecturer at the Department of Population and Health of the University of Cape Coast (UCC), Dr Kobina Esia-Donkor has called for a review of the country’s laws on the age of sexual consent in order to help address the menace of teenage pregnancies and also control the country’s growing population.

According to the population expert, children who are of age 16 and having sexual affairs are law-abiding citizens since the country’s laws permit them.

He explained that per the existing laws of the country, adolescents who are of age 16 can give consent to sex, adding that so far as the laws on sexual consent remained age 16, children who engage in sexual acts at such age have not violated any law.

Dr Esia-Donkor was speaking at the opening of a two-day oversight workshop organised for the Parliamentary Select Committee on Population held at the Capital View Hotel in Koforidua in the Eastern Region.

The workshop was to enable the members of the Population Caucus in Parliament to ascertain the impacts of health and population issues on national development.

Dr Esia-Donkor, who was specifically speaking on the topic: “Teenage pregnancy and child marriage by region. Implications for national economic development” said for Ghana to make any realistic national development plans, it must first address its unmanaged population, including tackling the menace of teenage pregnancies.

He is of the view that the country ought to take immediate steps to review the laws of the age of sexual consent as part of measures to curb the menace of growing teenage pregnancies which has significantly contributed to the soaring population of the country.

He explained that although the legal age for marriage in Ghana is 18, children of age 16 can consent to sex, a situation he said needed to be addressed properly.

Dr Esia-Donkor noted that since children of age 16 can consent to sex, they can choose to engage in sexual acts without protections which could lead to teenage pregnancies or contraction of sexually transmitted infections (STIs).

He said one of the ways to deal with growing menace of teenage pregnancies was to introduce into the country’s educational curriculum, comprehensive sexuality education to equip the young ones with the needed knowledge on sexual health reproductive issues.

He explained that research has shown that knowledge “does not translate into practice” and that educating children on sexual reproductive health issues would not mean such knowledge would encourage them to engage in sexual practices.

Dr Esia-Donkor also suggested that since many young people, particularly teenagers are engaging in sexual acts, it was necessary to educate and introduce them to contraceptives and family planning methods.

He expressed concern that the current approach where some parents and teachers put fear in children on sex education rather encourages children to engage in sexual activities which are dangerous to themselves, family, community and the country as a whole.

“Let us address teenage pregnancy like galamsey,” he said, adding that teenage pregnancies “have more detrimental effects on the national budgets” than even the menace of galamsey.