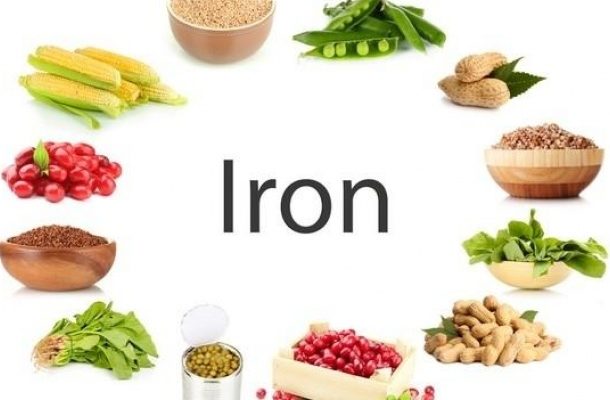 The 2014 Demographic and Health Survey (DHS), discovered that 27 per cent of children were classified as mildly anaemic, 37 per cent were moderately anaemic, and two per cent were severely anaemic, which is attributed to iron deficiency.Iron is an essential nutrient for blood production in humans and also essential in promoting the cognitive development of infants. It is primarily responsible for transporting and the distribution of oxygen in the body.Mr. Obed Harrison, a Research Assistant at the Department of Nutrition and Food Science, University of Ghana, disclosed this in an interview with the Ghana News Agency.He explained that the trend revealed that the future wellbeing of children under five could be impeded by iron deficiency.“This means brain development of children who will be the nation’s future leaders could be hampered making them less innovative as compared to their cohorts in the west,” he said.Iron, he remarked plays a crucial role in the lives of all categories of persons especially children and pregnant women.Mr Harrison who is a nutritionist explained that iron deficiency mainly arises as a result of insufficient intake of iron in the diet.He stated that iron was naturally present in some food sources including plants like legumes, green leafy vegetables and animal sources like liver and urged the public especially mothers to ensure that the diet of children always had these.While describing iron deficiency as a serious issue that has been declared a public health concern, he stated that the country’s rate of over 60 per cent was above the globally acceptable prevalence rate of 44 per cent and urged stakeholders to develop pragmatic measures to address the challenge.Mr Harrison expressed optimism that one’s ability to maintain a sufficient level of iron in one’s body would help to ensure that the brain performed at its best.Madam Samantha Wuta-Ofei, Marketing Services Manager at Nestlé Ghana, stated that to complement efforts of reversing the iron deficiency trend, Nestlé had taken a bold step by developing products and initiated educational programmes aimed at contributing to increase iron consumption by empowering them with information.Some of the educational programmes, she outlined included the Nestlé Nutrition line, a weekly nutrition and public service programme on Radio, the ‘Choose Iron Forum’, an educational campaign that seeks to create awareness and Social Media messages on iron.She added that the company had developed iron-fortified products including Milo, Maggi, Cerelac and a range of milk products that could help address iron deficiency among people especially children.Madam Margaret Mary Tohouenou, Regulatory and Scientific Affairs Manager at Nestlé Ghana, who spoke about the signs and symptoms of iron deficiency, advised people who experienced frequent fatigue, weakness, paleness in the palm to visit the hospital for consultation.She urged people to choose the right combination of food crops to get the right iron mineral that helped to convert food to energy and aid growth.