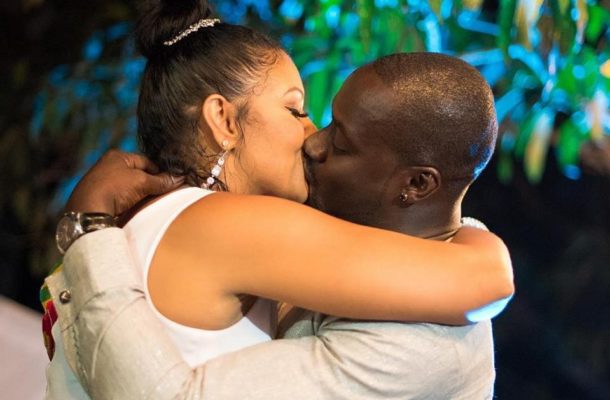 The media personality in his latest post expressed emotions, disclosing that he is coming out of a sad place.

Chris lost Bettie Jenifer just seven months of marriage after she was gunned down by unknown assailants.

Bettie was shot multiple times on Friday, May 10 by a man; police say was black, while she walked to her car at the parking lot of her office at 6300 Block of Ivy Lane around 5 pm.

Police declared her dead on the scene.

Chris in an emotional post wrote: “We learn a lot from our places of discomfort, the only way for a baby to come out of the womb is through it. I guess in life, you cannot protect yourself from sadness, without protecting yourself from happiness. It’s easier to stay open and trust God”.

Chris Attoh and Bettie Jenifer got married in October 2018 in Accra.

Chris Attoh married again after his first marriage to Nigerian actress, Damilola Adegbite, with whom he has a son, crashed in 2017.