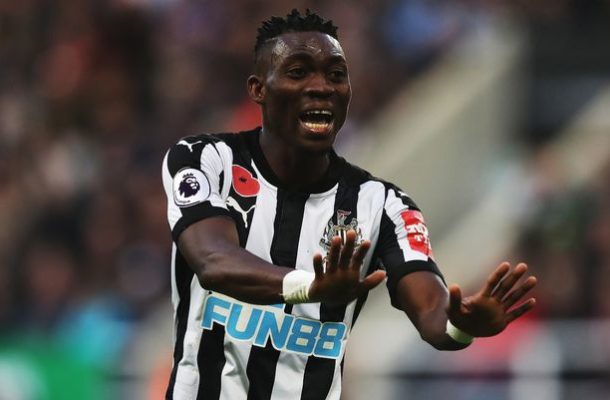 Ghanaian winger Christian Atsu faces a tough challenge at Newcastle United next season as the club announced the completion of a season-long loan deal for Chelsea winger Kennedy.

Kennedy returns to the club having spent half of the 2017/18 season on Tyneside during which he was manager Rafa Benitez’s preferred choice.

Atsu managed just one start following Kenedy’s full debut although injury limited his game time in the final weeks of the campaign.

With the former Brazil Under-23 international back at St. James Park, Atsu will have his work cut out for him if he hopes to command a starting berth in the team.

Atsu and Kenedy were both on Chelsea’s books between 2015 and 2017 and, though the pair spent time out on loan at different clubs, they struck up a friendship in west London.