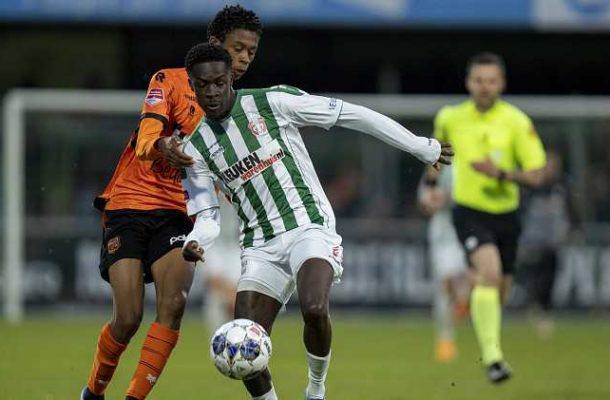 The midfielder has returned to his parent club Feyenoord after an impressive loan spell for the second tier side.

He missed his side's last game of the Erste division which was a 1-1 draw against Jong PSV through an injury.

The left winger started the campaign on loan at lower tier German side SV Sandhausen where he made a paltry four appearances all as a substitute.

Christian Conteh played sixteen games for FC Dordrecht, of which he started fourteen in the starting lineup.

He came on twice as a substitute. He scored four goals and provided six assists. Conteh had a good second half at FC Dordrecht after an unpleasant first half of the season.

The winger is yet to be capped by Germany where he was born and is also eligible to play for Ghana.