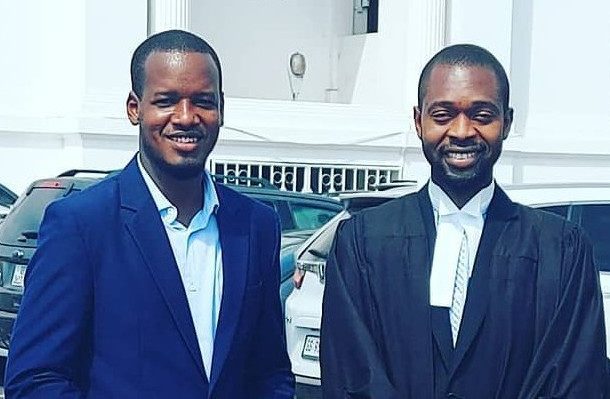 Popular broadcaster with Citi FM and Citi TV, Umaru Amadu Sanda, has celebrated the birthday of his childhood friend with a life-changing story.

Umaru, who prides himself as 'Cowboy Journalist' took to his Facebook page and shared a story of him and his friend which happened about a decade ago.

"I entered Citi FM 10 years ago with a Diploma Certificate, which meant, I was a half-cooked professional journalist. I needed good coaching and God had already chosen one for me upon my entry.

"This man was on my interview panel. He was the News Editor at the time, and I couldn’t have had a better person to learn from. He threw me in the deep end and watched me struggle to dry land where I now stand side by side with him."He called a taxi one day and carried me to Databank where he opened an investment account for me. He actually paid the seed money of 50 Cedis (that’s a quarter of my monthly NSS allowance which at the time was 200 Cedis) and asked me to maintain it.

"Today, not only is that account growing and supporting my finances, my profession is growing to the glory of the Lord. He hasn’t fully left the newsroom but he’s a lawyer now and I know his dedication would take him places.

"Hopefully, when I enter the law profession, I have another “shoulder” to lean on. And if my mischief lands me in contempt of court, I know he’s there for me. Lol. It is his birthday today and I urge you to please help me celebrate one of the men who made me, Selorm Adonoo . Kaizen!" He wrote on Facebook as sighted by unitedshowbiz.com.gh

Umaru had his secondary school education at Tema Secondary School.

He is considered by many as the best newscaster in Ghana currently. He is well equipped with all the right tools to interview today’s African politicians, leaders and top influential names.

Just like the big names in journalism around the world, he has achieved this high recognition in Ghana through his hard work and extreme professionalism.

He is the 7th and last born of his parents.

His elder siblings - 2 men and 4 women did not have formal education because they have been helping his father herd cattle.

All seven children, except the last born, Umaru Sanda, was lucky to have been enrolled in school, whereas the others were busy with taking care of cattle.

He was the lucky one, and his schooling would not have happened if his mother with the support of her father had not insisted that he should be enrolled in school.

Umaru used to combine his schooling days by taking cattle to graze. He had to educate himself, but he also had to ensure that the cattle under his care were well fed and had water to drink.