Clash of the angels: Stop painting me black or else I'll deal with you - Obinim to Obofour 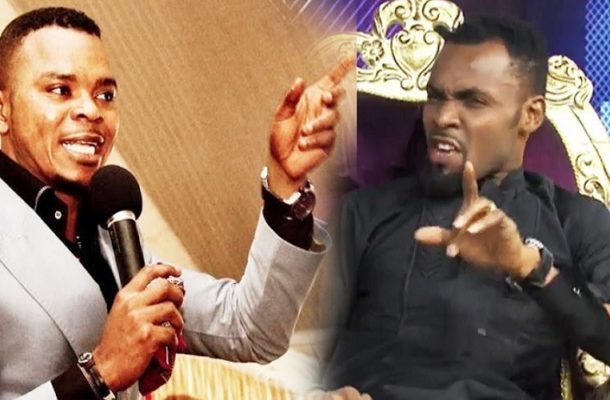 Obinim has warned Obofour to stop peddling falsehood against him

The feud between two popular prophets, Angel Daniel Obinim and Rev Obofour seems not to be ending anytime soon as the former has issued a stern warning to the latter, asking him to be very careful in dissing him otherwise he will deal him ruthlessly.

According to the founder and leader of the International Godsway Church, the Anointed Palace Chapel leader has been peddling falsehood against him, some he hates.

He mentioned that Obofour claims he has “stolen” six of his workers from his Television station; a move he claims to be false since according to him, only two people work at his television station.

In a Facebook video, Angel Obinim mentioned that if Obofour does not apologize to him, he will deal very well with him.

He said he would have rained curses and insults on Obofour if he was not spoken to by some revered Men of God.