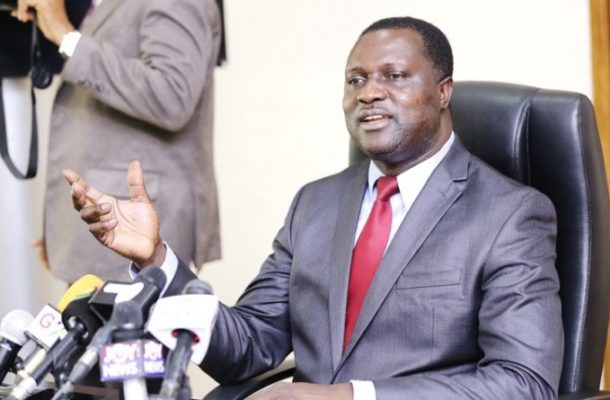 The Minister of Education, Dr Yaw Osei-Adutwum has disclosed that the government will introduce a National Standardised Test for pupils at the basic level.

The objective of the policy, he said, is in the government’s quest to build a robust education system for the country.

Speaking on the topic “President Akufo-Addo’s Education Agenda: Four years and Beyond” on Sunday, Mr Adutwum said all pupils in Primary will be the first batch to undergo the just-introduced initiative.

He said the test does not only seek to improve learning outcomes but also reduce learning poverty across the country.

According to him, pupils waiting eleven years before they sit for their first national exams, Basic Education Certificate Examination (BECE), makes it too late to rectify the vast literacy poverty recorded yearly.

As such, periodic national exams on primary students will give the Ghana Education Service the amble time to intervene in the lives of the children.

“The World Bank talks about learning poverty, they say 53% of students in their 10th year of various countries cannot read for understanding and Ghana is not an exception.

“That is why the President says we need to transform the space, and transformation of the space means that all fourth graders this year are going to be tested across the lengths and breadths of this country.

“Every one of them [sits for this exams] so that we see the challenges that are confronting us as a nation, then we give them one year when they are in primary five to make the necessary interventions,” he said.

He added that “A national standardized test which has been done in Singapore and other places is going to be a reality under the watch and leadership of President Akufo-Addo.”

The Bosomtwe MP subsequently called on parents to support the government’s new initiative to develop and transform the education sector.

“So parents, our goal is simple, we want to know whether your child can read or not. And the report will be generated and given to every single parent in this country in mathematics and literacy for them to really know whether their wards are doing well or not.

“Then we will have the opportunity to track them longitudinally,” he stressed.

The Minister also stated that government will capitalise on technology to digitise the education sector in Ghana.

He said a dashboard is currently underway that will give his outfit access to evaluate the attendance and performance of both teachers and students in every Metropolitan, Municipal, and District Assembly.