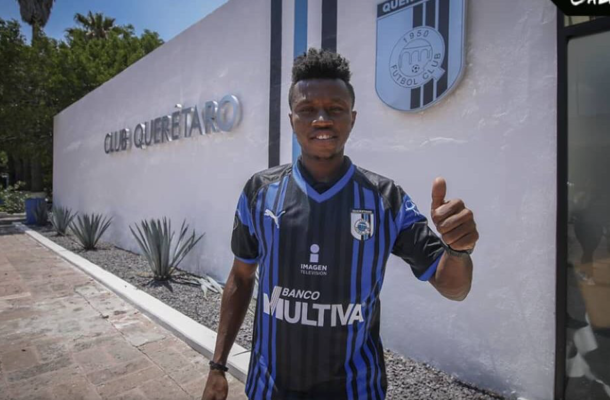 Clifford Aboagye will spend the 2019/20 season with Mexican side Gallos de Querétaro, completing a season-long loan move from Atlas FC.

“Looking ahead to the 2019 Apertura of Liga MX, we welcome the Ghanaian, Clifford Aboagye, who already has experience in Mexican soccer,” reads Querétaro’s statement.

The Mexican Soccer Academy appreciates the time and effort they devoted during his stay at the club, wishing him success in the future.”

He played a very key role for Inter Allies, mastering a team to a debut Premier League qualification in 2013.

Later, he joined Granada CF in Spain and debuted with the first team on January 8, 2015 in a Cup match before making his debut in the La Liga.

In 2017, he arrived in Mexico and caught the attention of the national media, first spending a season on loan with Atlas and later permanent deal, thanks to the speed, technical conditions and vision of the game.