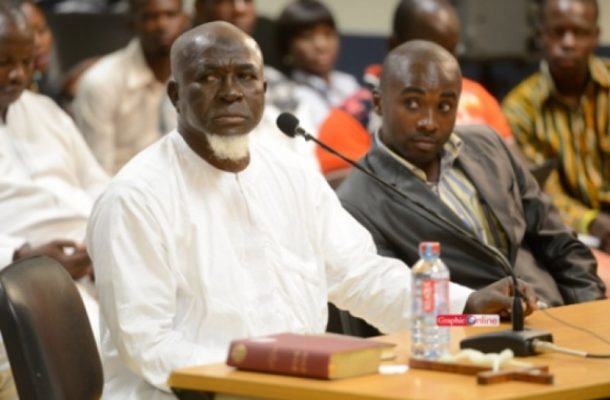 He cut his teeth at Kin Faisal and knows all about the club after all it gave him so much and set him up for his big break to Torino in 1991.

Samuel Osei Kuffour is a product of the famous King Faisal conveyor belt of talents and says bank roller of the club Alhaji Grusah has not asked for support from anyone.

The former Bayern Munich player has advised the veteran football administrator to loosen his strangle hold on the club sit back and allow people with expertise and connections to help run the club.

According to Sammy Kuffour he has done so much for the club in the past but has not been handed a hand of invitation to help the club in recent times.

The former Bayern Munich star says various Alumni of the club Yussif Chibsah and Ibrahim Tanko Anyars have always been speaking to him about King Faisal but If he should go in to help there should be talks and proper documentation something which Alhaji Grusah will not oblige to.

“No [He hasn't reached out]. He knows what I d[id] for the club those days but since then he hasn’t approached. Me, Tanko and Chibsah have a conversation everyday about King Faisal. We talk about things we can do to help but is Alhaji [Grusah] ready to do that?" he quizzed.

He added: “Now where is the league and where is King Faisal? Alhaji is 75 years I know. Will Alhaji sit down for people to run King Faisal for him? He will not. Alhaji will not. Alhaji should call people who have the knowledge and connection to run the team. Look at Ibrahim Tanko, look at Chibsah, look at myself. There is a lot of people out there who can help but we cannot just go there and tell him. It doesn’t work like that.”

Kuffour went on to play for Bayern Muinch winning all titles on offer and had a stint with AS Roma in the twilight of his glittering career.