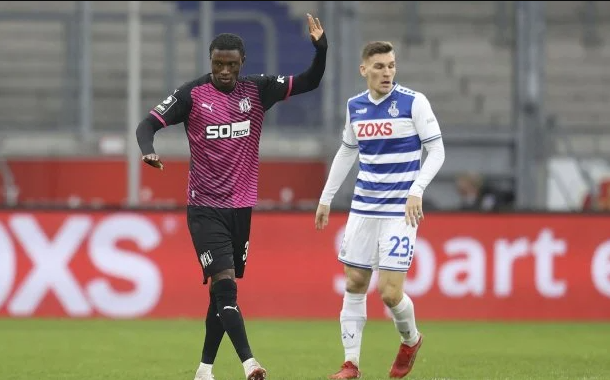 German-born Ghanaian winger Aaron Opoku is a man in demand despite being on the periphery at parent club Hamburger SV.

The lower tier side are not too keen on the winger and will let him leave if they get a suitable offer despite having two more years on his current contract.

According to Bild, there is interest from Eintracht Braunschweig, Rapid Vienna and Fortuna Düsseldorf who are all keeping tabs on the winger.

In the coming days of summer preparation, HSV wants to get an idea of ​​whether Opoku should go at all.

In the past season, the Rothosen's homegrown talent was loaned out to third division side VfL Osnabrück.

There, Opoku was a top performer with 15 assists and scored three goal and recommended himself for higher tasks.

His contract in Hamburg runs until 2024, so the Hanseatic League has no pressure to sell.

The winger is valued at around 500,000 euros which will be enough for Hamburg to part ways with him.