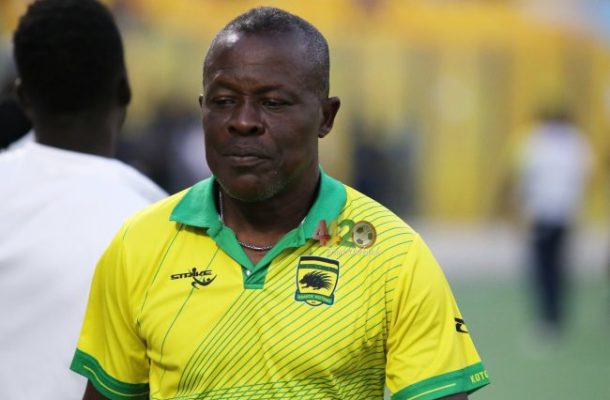 Former Kotoko player Johnson Smith has departed the club as the assistant coach after a two year stint following the expiration of his contract with the reds.

The former Karela United gaffer joined his former side for his second stint in 2019 following some impressive output at the Anyinase based club.

He led the then newly promoted club to the finals of the Normalisation Competition in 2019 but lost to Asante Kotoko at the Baba Yara Sports Stadium.

Smith was named as assistant coach to Norwegian trainer Kjetil Zachariasen before Zachariasen was sacked and replaced by Maxwell Konadu.

Maxwell Konadu was later sacked with Johnson Smith acting as an interim coach for the club from December 2020 till they appointed Mariano Barreto in March 2021 as the substantive coach.

The CAF license B holder is an experienced having coached the likes of Kotoko, Karela United, Bibiani Gold Stars among others.

On Monday afternoon, the club officially confirmed the appointments of David Ocloo and Joh Eduafo as the two assistant coaches to the new trainer Prosper Nartey Ogum.

The club under the new regime started pre-season training on Monday at the Adako Jachie training base.