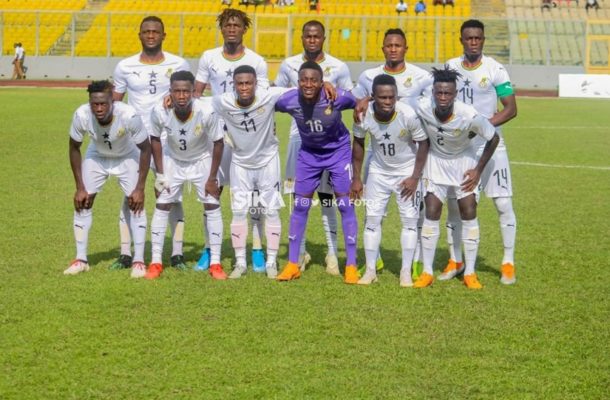 Coach Maxwell Konadu has named a strong starting line up to face the Gambia in the Wafu Zone B opener which will come off later this evening at the Stade Lat-Dior, Thiès.

The Black Stars B will begin the WAFU tournament as the defending champions of the competition, having won the 2017 edition as hosts.

Maxwell Konadu led Ghana to win this same competition two years ago after beating neighbours Nigeria in the finals at Cape Coast.

Medeaman's Eric Ofori Antwi gets the nod in post ahead of no 1 Felix Annan apparently due to the late arrival of the Kotoko contingent.

Captain of Hearts of Oak Fatawu Mohammed will play at right full back with Karela's Moro Ibrahim occupying the left back slot.

Issaka Mohammed and Mohammed Alhassan will form the center back pair for this game against the Gambia.

The team had been camping in Kumasi preparing for the tournament, before flying to Senegal on Sunday.

The match will start at 5pm Ghana time this evening.

BLACK STARS B XI VS THE GAMBIA: