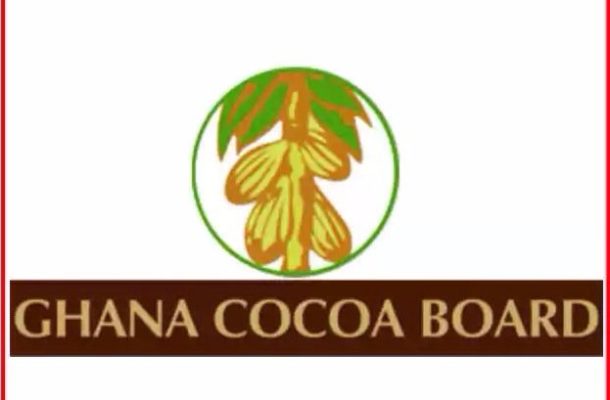 Ghana’s Cocobod is currently seeking a way out of an inadvertent fix, created by its long-standing policy of selling the country’s cocoa exports on the forward, rather than the spot market.

Ghana has always sold its cocoa exports on the forward market to lock into prices ahead of actual production and subsequent foreign sales, as a means of guaranteeing the quantum of its export proceeds in order to negotiate and secure the annual syndicated export proceeds guaranteed loan with which it pays local farmers for their produce.

However, over the past year, Ghana has had to forgo substantial revenue because forward market prices have been falling even as spot market prices are rising.

Over the one year up to April 2018, the spot market price for cocoa on the international markets has risen by 36.4% from $1,952.6 per tonne to $2,664.0 per tonne, giving Ghana the opportunity to significantly increase its export earnings from its major cash crop.

However over the same period, prices on the forward market, where Ghana sells its cocoa exports have fallen by 28% from $3,054 per tonne to $2,227 per tonne.

This has led to a fall in foreign exchange earnings from cocoa exports for the first four months of this year, compared with the corresponding period of last year.

Between January and April this year, Ghana earned $1,158million from its cocoa exports, down 12.9% from the $1,330.1 million it earned during the corresponding period of last year.

Cocobod is constrained in its pricing strategy options by its need to secure the annual international syndicated loan from a consortium of international banks, which it uses to finance its purchases of the crop from local farmers nationwide through a network of licensed cocoa buying companies, led by Produce Buying Company, PBC.

By selling Ghana’s cocoa on the forward market, Cocobod is able to determine in advance how much it would earn from each crop season’s activities, the only uncertainty thus being production levels, which can be projected with reasonable certainty, since the biggest uncertainty is the price of the cash crop on the spot market, which can swing considerably over the course of a crop season, just like with other agricultural commodities and natural minerals.

Cocobod took a $1.3 billion syndicated loan to finance purchases for the ongoing 2017/18 cocoa crop season, this being lower than usual, due to the slump in global cocoa prices over the past three years due to an imbalance between demand for and supply of the crop on a global basis.

Ghana’s annual syndicated loan is the largest regular agricultural financing facility in sub Saharan Africa and is regarded as a measure of Ghana’s strength in cocoa production.

To solve the problem, Cocobod is considering how it can guarantee its revenues from selling on the spot market, which would be a difficult proposition.

However some of the Board’s market analysts are suggesting that Ghana simply ride out the situation as the spot and future markets prices move towards convergence.

Despite the ongoing revenue travails currently afflicting Ghana, the country still managed to continue its rare trade surplus into its sixth consecutive quarter, during the first four months of this year due to a near doubling of oil export revenues.