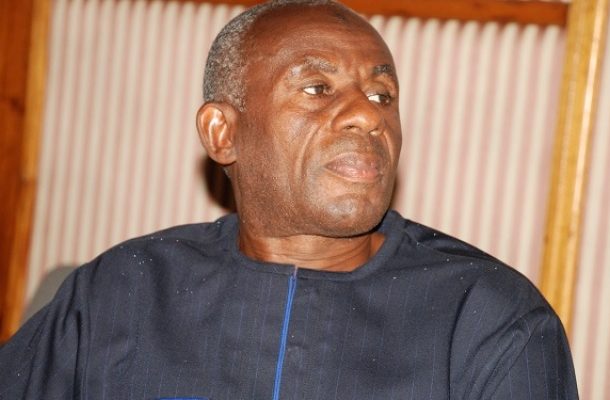 Member of Parliament for the Asutifi South, Collins Dauda, was attacked Tuesday morning whilst monitoring processes at some registration centers at Acherensua, a town in the Asutifi South Constituency in the Ahafo Region.

The legislator was at the Methodist Primary School registration center at Acherensua when he was confronted, unprovoked, by a man who took out a bottle of pepper spray and spurted directly into his eyes.

But for the intervention of police personnel who were present at the time of the incident, and rushed him to a health facility he said, things could have been bad.

“I went on monitoring to see how the registration is going on and at the Methodist Primary School, a gentleman pulled out something. Without provocation, he pulled out something and sprayed into my eyes and it turned out to be pepper spray. It happened in the midst of police men deployed from the regional command at Gawso. They are the ones who helped me into their car because my car wasn’t around, and took me to the hospital where I received treatment at Acherensua Health Center,” He narrated, in an interview with GhanaWeb.

Mr. Dauda is accusing the driver of his opponent; Yaw Owusu Brempong, for being the brain behind the act which he insists was carefully planned and executed.

“He is one of the drivers of the opponent, the NPP Parliamentary Candidate. His name is Okai Emma, he is the one who did that.” He said.
“It’s not as if there was a fight, its not as if there was an exchange of words, nothing. I want to believe that it was planned, otherwise why would anyone go to a registration center with a pepper spray in his pocket? Besides he is not somebody who is from where the registration was taking place, he is from a different community. He is from Hwidiem, our district capital and this incident happened at Acherensua so why did he leave his house with a pepper spray in his pocket, and didn’t spray it on anybody but me? So it shows clearly that they planned to do that, and they succeeded in executing it.”

The Asutifi South MP has since been discharged and has reported the incident to the police.

“I’ve been discharged long ago, I’m not sure I even spent more than an hour in the hospital. I went back to the registration to supervise. I’m very okay, I don’t know what happens overnight.
From the hospital I went to the police to make a formal report at the Acherensua police station and I hope that they get him arrested and for the law to take its course.”

At the time of this report however, efforts were being made to reach the police for confirmation, and his opponent, Mr. Yaw Owusu Brempong for a response.