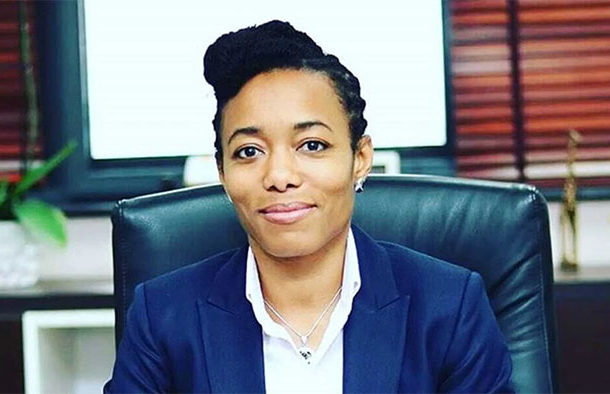 The Member of Parliament for Klottey Korle, Dr. Zanetor Agyeman-Rawlings, says combatting extremism and piracy in West Africa is a collective regional responsibility.

According to Dr. Agyeman-Rawlings individual ECOWAS member states cannot deal with the issues unilaterally because they are huge and complex.

“Security issues require international collaboration and cooperation and it means member states should be able to draw each other’s attention to happenings within their territories that have the potential of creating vulnerability for the sub-region.”

Dr. Agyeman-Rawlings, who is also the Deputy Ranking member on Parliament’s Defence and Interior Committee, was however, quick to point out that tackling the crisis was not only about meetings and conferences but also required member states to share candid information about developments and vulnerabilities within their territories that require support from the regional body.

The Klottey Korle legislator said in a statement, that previously when one heard of piracy, it was mainly in the Horn of Africa and seemed far away, but statistics on maritime crime last year indicated that ninety percent of piracy was in the Gulf of Guinea.

She attributed the whole state of insecurity and piracy to the scramble for resources, adding; “the huge oil reserves in the West Africa sub-region have led to movement of commercial vessels which make it an important region economically.”

The Member of Parliament also highlighted the fact that the landlocked areas in the region rely on access to the sea for imports and exports, further contributing to the vulnerability and insecurity. She added that in the wake of the spread of violent extremism, it is becoming obvious that the perpetrators are drifting southwards, intent on having access to the sea and obviously they would want to target coastal countries such as Cote d’lvoire, Ghana, Togo, Benin and Nigeria.

Dr. Agyeman-Rawlings also expressed worry over the penchant for elected leaders to extend their tenure by amending their constitutions to seek further terms. She though these are issues many do not want to talk about, they are the causes of discontent and instability which can be capitalized upon by extremists.

She said such developments lead to weaknesses within our sub-region that need to be addressed and taken on board seriously. “It defeats the purpose of having ECOWAS and AU. Member states are to adhere to the various agreements for the betterment of the citizens”, she emphasized.

The Klottey Korle MP said another factor that contributes to the spread of violent extremism was corruption and the inequitable distribution of resources which results in gaps in local government, creating a vacuum capitalized upon by some of these extremist groups. These extremists then take advantage to radicalize the youth and in some instances provide the necessary amenities that governments fail to provide communities.