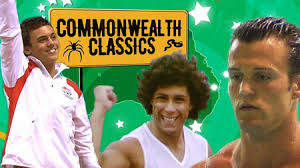 More than 4,500 athletes from 71 nations and territories will compete for 275 gold medals at the Commonwealth Games, which begin on Wednesday.
There will be the same number of men's and women's medal events for the first time at a major multi-sport event.

Gold Coast 2018 also includes the largest ever programme of disability sport at a Commonwealth Games.

More than 2.4 billion people - nearly a third of the world - will be represented over 12 days in Australia.

Wales, who include 11-year-old table tennis player Anna Hursey in their squad, will be captained by triathlete Non Stanford, while swimmer Jazz Carlin leads the team at the opening ceremony.

Basketball returns to the roster of sports, with judo dropped in favour of beach volleyball.

The opening ceremony for the 21st Commonwealth Games takes place at the Carrara Stadium from 10:00 BST on Wednesday, and the first gold medal will be contested in the women's triathlon at 00:31 BST on Thursday.

BBC One, BBC Two, the Red Button and iPlayer will screen the live action, with extensive highlights on BBC Four, plus there will be live commentary of all the key moments on BBC Radio 5 live.


Australian hurdler Sally Pearson, who for most of her life has lived just a few miles from the Carrara Stadium, has been promoted as the face of the Games.

But the 31-year-old, who won gold at the 2012 Olympics and 2017 World Championships in London, is battling an Achilles tendon injury to be fit.

Her compatriot Emma McKeon won medals in six different events at last year's swimming World Championships and is attempting a similarly ambitious programme at the Commonwealths.

Elsewhere, Elaine Thompson and Caster Semenya - both double Olympic champions - and sprinter Yohan Blake are in action on the track.

Swimmer Chad le Clos, who shot to fame by beating Michael Phelps to win the 200m Olympic butterfly title at London 2012, is targeting eight medals in the pool.

After Fiji's win over Great Britain in the men's rugby sevens final at Rio 2016, the Pacific Islanders come into the Commonwealth Games as favourites, but will face stiff competition from South Africa, England and New Zealand among others.


At the last Commonwealth Games in Glasgow, England dislodged Australia from the top of the medal table for the first time since 1986, winning nine more golds.

The Games' twin superpowers are expected to duel for leadership of the medal table once again, with the host nation fielding a record 473-strong team in an attempt to reclaim top slot.

But, in the aftermath of the ball-tampering scandal that has engulfed Australia's cricket team, there is extra pressure on the home team to restore pride to the country.

"We need to serve ourselves right and show our best not only in the pool but also outside.

"You want to win but most definitely not at all costs. There is a line you can't cross."

Wednesday's opening ceremony also aims to lift Australian spirits, with the arrival of Hollywood A-listers Margot Robbie and Chris Hemsworth in the country sparking rumours they could be surprise special guests.


The tale of the small nations


The Commonwealth Games will also tell the tale of smaller nations.

Niue, inhabited by 1,600 people, are bringing a team of 19, representing nearly 1.2% of the Pacific island's population.

The Gambia - who rejoined the Commonwealth in February after withdrawing in 2013 - have the smallest team at the Games, consisting of six athletes.