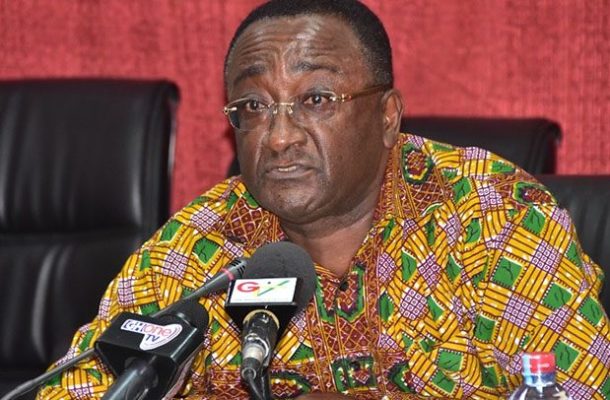 The Ministry of Food and Agriculture (MoFA) is seeking funds from the government to compensate poultry farmers who were affected by the bird flu disease that ravaged the poultry sector.

The sector minister, Dr. Owusu Afriyie Akoto said “at the moment, I have a memo at Cabinet, seeking money for compensation to the farmers. So the affected farmers should not worry.”

The minister gave the assurance during his tour in the Western North Region on Tuesday.

Dr. Afriyie Akoto said this was his second time of experiencing the outbreak of bird flu in the sector, recounting that “the first one, I was a Member of Parliament and a Ranking Member for Food, Agriculture and Cocoa Affairs in 2015, there was an outbreak and WHO came in with some compensation to the farmers,” adding “now that I am in charge nobody can come and tell me what to do.”

He said the ministry is working assiduously to curb the spread of the bird flu disease.

On the cocoa industry in the region, Dr. Afriyie Akoto said despite the fact that it had been worst hit by the swollen shoot disease, the government has stepped up its efforts to revitalise the sector.

“Western North is the eye of the storm when it comes to the cocoa industry, and the NPP government is determined to ensure that the industry is revitalised for the economy to grow better,” he said.

The minister said he has been having discussions often with the President regarding how to step up funding for the agric sector, which he said is the mainstay of the economy.

He said they are doing everything possible to encourage the private sector participation in agriculture, saying “We are policy makers and what we do is to create an enabling environment for things to happen.”

The minister and his entourage visited LB Farms Company Limited, a rice factory (LB.AROMATIC), at Sefwi Dwinase-Datano, and the farmers shared with the minister some challenges they are facing in the industry.

They said high cost of machinery like combine harvesters, power tillers and even the subsidised ones were still expensive.

Dr. Afriyie Akoto told the farmers there was an arrangement for flexible terms of payment for the subsidised machines and encouraged them to take advantage.