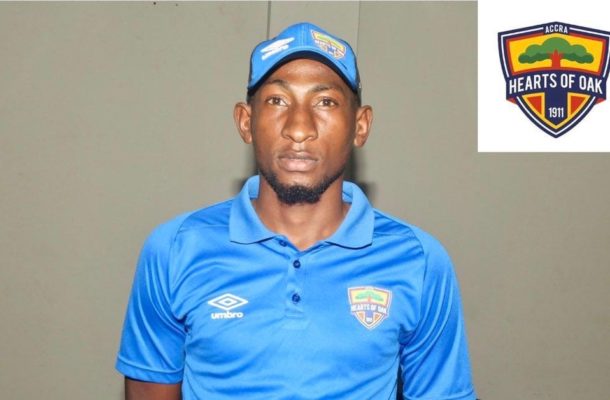 The defensive midfielder signed a two-year-deal with the Phobians and will be joining the team for the second round of the Ghana Premier League.

The 23-year-old is a key player for the Nigerien National team and previously played in the Sudanese League with Al-Merreikh.

Hearts of Oak have had a topsy-turvy run in the 2019/2020 season of the Ghana Premier League with intermittent results and have this transfer window to strength their team.

With a number of wish list from coach Edward Nii Odoom to the Management of Hearts of Oak to complete a depth team to salvage their ten year jinx of not winning the league, Abdourahamane Lawali Mamane comes as a good addition to the team.

Hearts of Oak are currently sitting on the 9th position on the Ghana League log with 21 points after 14 games.

The Accra based side are seeking to end a decade-long league drought.