Confusion as Aduana coach returns after being sacked 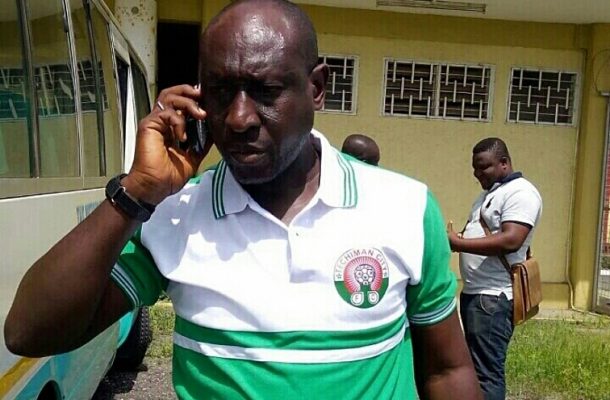 Yusif Abubakar has returned as coach of Aduana Stars after his 'sack' was reverted by the club management.

GHANAsoccernet.com reported earlier on Monday that Aduana Stars have parted ways with Yusif Abubakar whiles ex-Hearts of Oak coach  Frank Elliot Nuttall is in pole position to replace him.

But ‘Sacked‘ Aduana coach Yusif has been reinstated back to his position and he is set to lead Aduana in this midweek clash against Ashanti Gold at Obuasi after the Dormaa side reversed a decision to sack the coach.

"It's not true that we have sacked coach Yusif Abubakar, i spoke to him this afternoon and also call Operation manager Mr George Gyau who also confirmed that Aduana has never sacked coach Yussif"

Commey added; "I can confirmed to you that Coach Yusif Abubakar is having training with the team"

According to Ghanasocernet, Coach Abubakar lost the support of the club's top hierarchy and has also failed to unite the playing body.

"Sometimes I'm really disappointed in some of the reportage some of the media or website do", he lamented.

"We haven't make any decision of signing of Frank Nuttal."