Continue living in your bubble - Okudzeto responds to Bawumia 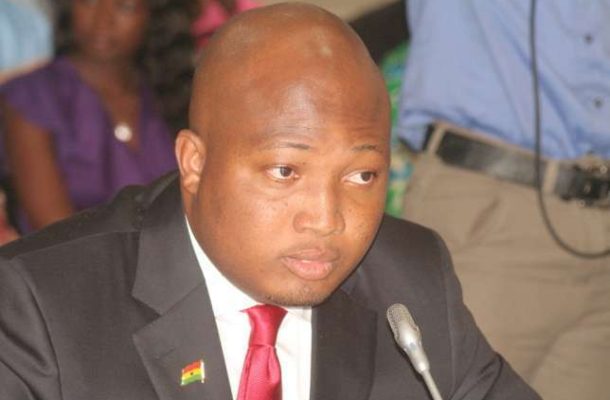 A Deputy Education Minister in charge of tertiary, Samuel Okudzeto Ablakwa has described the claims on the education sector made by Dr Bawumia as untrue.

In a Facebook post on his timeline, Okudzeto Ablakwa called on Dr Bawumia to substantiate his claims.

In his lecture, Dr Bawumia said the NDC government used GHC 900,000 to build a teacher’s bungalow at Dambai College of Education. He said the NPP constructed a similar bungalow on the same campus at GHC 195, 000.

In a response to this claim, Ablakwa said “there is no Teacher's Bungalow project at Dambai College of Education built at GHS 900,000 in 2011. We have checked the records and hereby challenge him to prove his allegation.

Okudzeto Ablakwa rather asked Dr Bawumia to explain why the NPP could not fulfil its promise of establishing one Polytechnic in each District in the country as the party promised during the campaign in 2000.

The NPP vice presidential nominee Dr Bawumia spoke at a public lecture at the National Theatre on Thursday, September 8, under the theme: ‘State of Ghana’s Economy – Foundation of Concrete or Straw?’

In his lecture, he explained the state of the economy using data. But Samuel Okudzeto Ablakwa said Dr Bawumia lied in most of his items he mentioned in the Education sector.

Find below the full text of Samuel Okudzeto Ablakwa

In any case, Dr Bawumia should be telling Ghanaians why they failed in eight years to fulfil their promise of establishing a Polytechnic in EVERY District as contained on Page 29 of the NPP's 2000 Manifesto. (Yes you are right, One District One That is not a new trick in the NPP book).

Instead of accounting for the lost "Decentralized Polytechnics" (as the NPP Manifesto refers), Dr Bawumia is rather attempting to obliterate President Rawlings' legacy in Bolga and Wa.

2) It is intellectually dishonest to claim that the NPP established UMaT which had existed under various forms since 1952. See the official website of the university:http://umat.edu.gh/about_umat/umat_main/university-history.html

4) There is no Teacher's Bungalow project at Dambai College of Education built at GHS 900,000 in 2011. We have checked the records and hereby challenge him to prove his allegation.

I must add that I am not surprised Dr. Bawumia was this time round dead silent on initial claims he and his boss had trumpeted that current WASSCE results are the worse in history. Clearly, the self-professed lover of data does not appear to fancy that kind of data which cannot advance his political agenda.

READ ALSO: No matter where Bawumia speaks people will show up – Nana Addo

Hard as I have tried, it's exceedingly worrying that I couldn't find a single truthful claim under the education component of Dr Bawumia's unprovoked vicious attacks on President Mahama's Government.

Let those who claim they created paradise in Ghana and yet Ghanaians voted them out in 2008 continue to live in that bubble. We have work to do and a nation to build under the inspiring, selfless, humble, visionary and unifying leadership of President Mahama.

We will stay focused on Changing Lives and Transforming Ghana.

God bless us all.