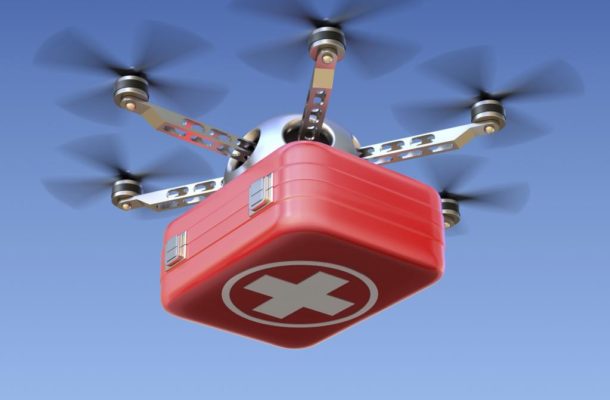 Director General of the Ghana Health Service (GHS) Dr. Anthony Nsiah-Asare, has said President Akufo-Addo will the launch the controversial drone technology for the distribution of medical supplies.

According to D. Nsiah-Asare, the distribution centre of the drone will be completed by the end of March this year for President Akufo-Addo to commission same.

The launch, he added will pave the way for essential medical supplies, including blood, to be distributed to health facilities nationwide via the use of drone.

Construction work on one of the four distribution centres to be built is progressing steadily at Amanase near Suhum in the Eastern Region.

“The Amanase will be a distribution site. We shall have four of them and it will be like small airplane at a small airport. That is where the medicines will be distributed from so if you need a medicine, you place a call to these places and the drone will take it to your destination” he said.

Speaking on Onua FM, Dr. Nsiah-Asare said by the end of March, the “President will launch the drone in Ghana”.

He said the three other distribution centres are expected to also be completed in October this year, saying by the “ending of September or October, all the four sites should be ready for use”.

Eighty-eight thousand dollars is expected to be spent monthly by each of the four distribution centres for a four-year period.