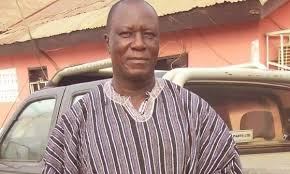 Controversial Techiman Eleven Wonders Chief Executive Officer Takyi Arhin believes the wide-spread prostitution in the country has been reduced because of the formation of National Women’s League.

Arhin, who also doubles as a member of the Management Committee of Ghana’s U20 side argued that football has kept the girls who would otherwise be on the streets busy and also provided them with an avenue for employment.

It is for this reason, the tough-talking football administrator believes the government should’ve carefully considered before halting football activities following the revelations of the Anas exposé.

“The government should take into consideration the cost we incur as club Administrators is huge due to the number of people they have employ under them so going to court to liquidate the Ghana football Association will bring enough burden on them,” he told Asempa FM.

“Football generates a lot of employment for the society and has even reduced the rate of prostitution in the country due to the formation of the National Women League”.

“The women’s league has now occupied a lot of the girl’s time and kept them busy on the field. That has generated employment for the girls by clearing them off the streets”.