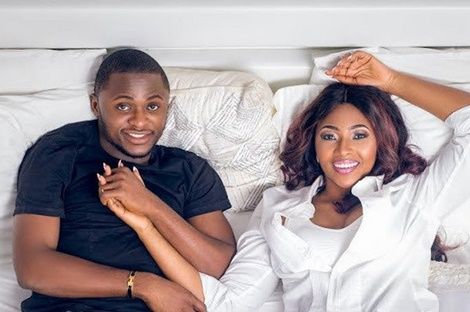 Reports cites that the court stated their request for divorce lacks strong grounds as to be taken seriously and advised them to go and work on their marriage.

The judge also said the explanation given by the couple for seeking a divorce is ‘invalid’.

Despite sharing a son, Jayden, the duo who tied the knot in an elaborate wedding in November 2015 got separated a year later.

According to media reports, the case was struck out with the judge saying that the basis for their divorce is invalid since Lilian testified that Ubi provides for their child and they are still very good friends.

The report further stated that the judge told them to go and settle their differences amicably, because they are only seeking divorce due to 'childishness'.

Record label owner and serial entrepreneur, Ubi Franklin in a recent interview when asked about his biggest spending regret stated that one major mistake he made was splashing a lot of money on his wedding with actress Lilian Esoro.

The record label owner who shut down the city with his glamorous wedding and was the envy of many boldly shared that, that one day was a wrong move for him moneywise.