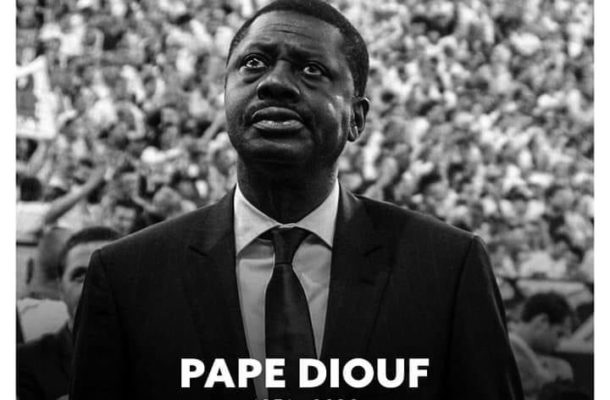 Former Boss of French League One side Olympic de Marseille, Pape Diouf has passed away in Dakar, Senegal.

Diouf, a well-known businessman, the leader of OM between 2005 and 2009, contracted lethal COVID-19 in Dakar.

He was to be transported Tuesday night from Senegal to France. There was no time. He died at 68.

Pope Diouf was a figure in French football. Born in Chad, from Senegalese parents, he arrived in Marseille when he was just 18 and remained deeply connected with the city on the Mediterranean shore.

A former journalist at La Marseillaise, he became one of the best known French businessmen. He had important footballers, such as Desailly, Boli, Drogba or Nasri.

And in 2005 he became the president of Olympique Marseille. It lasted four years, before being replaced by owner Robert Louis-Dreyfus.

According to L’Equipe, Diouf (investigated in the period 2016-2018 in the scandal of controversial transfers from OM) was in Dakar. There he was infected with coronavirus. On Tuesday night, he was to be transported urgently from the Senegalese capital to France. There was no time. He died at 68. The warmest message he received from the club of his life.

“Pope, you will always remain in the hearts of the Marseilles as one of the great craftsmen of OM’s history”, Olympique told him. And L’Equipe titled on the cover:” Our Pope is dead . ” With a picture in which Pope Diouf prayed.