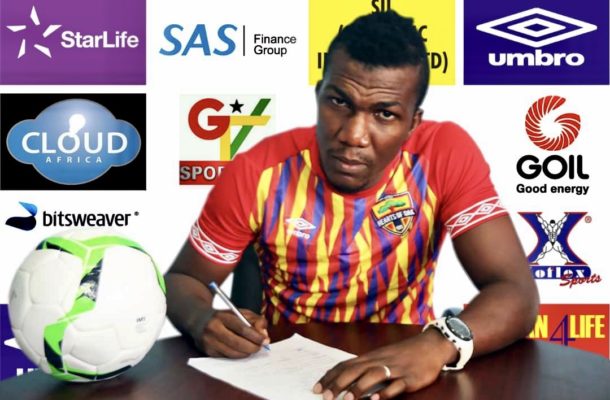 Accra Hearts of Oak Newboy, Abednego Tetteh has revealed that he is distributing Phobia-customized face masks to fans of the club in his native Ashaiman.

Several Ghanaian footballers have donated items to their native hometowns, hospitals and frontline workers helping in the fight against the Coronavirus.

According to Tetteh, his decision to giveaway free customized face masks of his club comes following the rapid spread of the COVID-19 in the West African country.

"I'm a graphic designer despite being a footballer. I opted to design a customized face masks of Hearts of Oak and share it to football fans on all my social Media accounts" Tetteh was quoted to have told Kickgh in an interview.

"We can't play football without the fans. We need everyone to be healthy to watch our games when football resumes", he concluded.

Tetteh joined Hearts of Oak on free transfer earlier this year and signed a three-year deal with the Accra based club after a fruitful negotiations a fortnight ago.