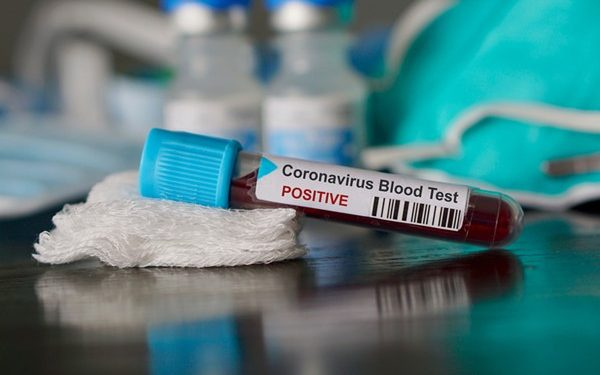 These are undeniably difficult times as 2020 hasn’t given us the best but pain so far for the past months since January. The new coronavirus which according to the New York times developed from the seafood market in Wuhan caused the first death in January 11th in China and was declared a global pandemic by the World Health Organization (WHO) on March 11th owing to the number of lives the virus had claimed by that time. Currently, the number of deaths is over 6,000 worldwide with majority of such victims being Chinese.

Aside the fact that the virus according to sources emanated from Wuhan, it has spread to over 135 countries and has affected tens of thousands of life been sick and/or admitted at the hospital currently. The severity of this virus is the rate of its spread and it is very impossible to identify who have or does not have it, making initial prevention difficult. Scientist have identified that, the virus can even be spread to others during its incubation period (the period after which symptoms will be visible). Initially, doctors speculated an incubation period of 5 days, then weeks later, they identified that, the overall incubation period of the virus is 2 weeks, meaning, when an individual gets into contact with an infected person, it will take a maximum of 2 weeks before symptoms of COVID-19 will be experienced. Common symptoms, however, include, high temperature, shortness of breath and coughs.

As many are speculating that, this new virus is the one to wipe out the entire human race from the surface of this earth, many have also started pointing accusing fingers and playing the blame game, China blaming the US and the US blaming China and even some African’s blaming both China and the United States as haven jointly developed this virus to target Africa in order to get hold of its resources. To me, all these conspiracy theories and blame games isn’t necessary for now, finding a remedy to this menace/pandemic is. What is more worrying is, the inability in finding a vaccine capable of mitigating the world’s new enemy.

In the wake of this pandemic, certain stringent measures were undertaken by China which I will describe as being remarkable and worth noting as it helped/helping in a way to curb the spread of the virus in the mainland:

In times like this, economic progress doesn't matter, what matters is taking measures that safeguards the health of the country for future growth. To sympathize with Africans, a common lie that made headlines in the news include; the African would be able to withstand the virus and it's likely not to spread that fast if mistakenly it spreads to Africa because of the African temperature. Well, South Africa and other African countries recorded single-digit cases and now, the figures keep increasing to double and triple figures within such a short period.

Ghana recorded its first case of Coronavirus on March 13th as a result of weak health and security procedures laid down at its airport to check and/or quarantine foreigners where necessary. On the 16th of March, the number of infected persons rose from 2 to 6. However, I will commend the swiftness of the president in ensuring temporal stoppage of social gathering just as the Chinese had done. But, I am surprised and amazed as to why certain key restaurants, shops and markets still operate as regular as they've always been operating. Stopping social gathering but allowing markets especially Takoradi market circle, Makola market, Kejetia market, Kaneshie market and other notable ventures especially to operate is an exercise in futility. These places are enough social gathering than the gathering in a temple. Ensuring lockdown of schools, churches and weddings must include markets as well. Cautioning people to use nose mask and hand sanitizers is a step in preventing oneself from contracting the virus but not enough in ensuring a nationwide spread, so I urge that, there should be measures to ensure markets and notable places become locked temporarily as well.

I must also point out that, I have witnessed and being a victim and a student kept indoors for more than two and a half months, the best solution is to stay indoors, work from home if you’re employed, drink more water and stay healthy. Eat more fruits and vegetables and making sure meats are well cooked is also a necessary means of staying alive. According to Professor Chen Horin, the CEO of Beijing Military hospital, having sliced lemon in a glass of warm water and making sure to drink it each morning and night can help you to stay healthy and alive.

Coronavirus is no respecter of rank, race or social status. Its killing Prime Ministers, ministers, actors, presidents, doctors, the young and old, the rich and the poor alike. As the world hopes on the development of a vaccine to eradicate this predicament, the best we can do as a people is to adhere to preventive measures, stay healthy, cooperate (the entire world joining forces) towards a common goal (defeating COVID-19) and being our brother’s keeper (love and care for each other, regular phone calls etc).

Let’s heal the world together and make it a better place once more.