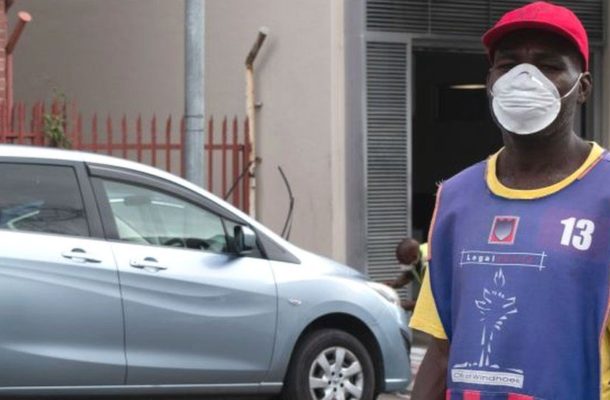 Namibia's President Hage Geingob has said his country is facing a "dark and sombre moment" as coronavirus deaths and cases rapidly increase.

The southern African nation is currently experiencing the worst daily death rate on the continent.

The president announced new restrictions to stem the rise in cases.

These include extending a night-time curfew and stopping movement between the country's regions.

Addressing the nation, Mr Geingob said that 513 Namibians had died from the virus in the last 15 days.

This is a huge blow for a country of just 2.5 million.

On average, 15 people per million are dying every day in Namibia, a higher number than Seychelles (13 per million) and Tunisia (7.5 per million), and among the worst rates in the world, according to the Our World in Data website.

South Africa, which has the continent's highest number of total deaths from coronavirus - just over 60,000 - has a daily death rate of three per million.

Everyone in Namibia has either buried a close relative who has died from Covid or knows someone who has, said the health minister, who was speaking after the president.

"Our country is literally in an existential struggle against this pandemic. We are in a fight for our very lives," Dr Shangula added.

Coronavirus cases have trebled since the beginning of June and the situation is likely to continue to get worse until mid-August at the earliest, the president told Namibians.