Critics and Imani Africa in whose interest? 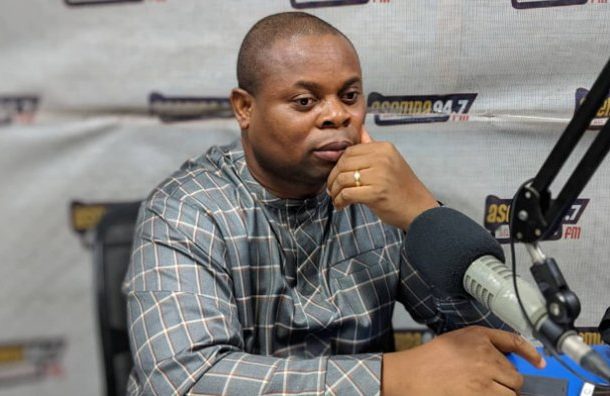 Franklin Cudjoe is the Founding President of IMANI-Africa

There has been too much noise on the compilation of the new voters register and the acquiring of a new biometric voters management system. One can understand to some extent the apprehension people get when anything to do with the election is under review.

One expects sound arguments to be raised and this should be done in a calm way and not impugn any character assassination. When that happens one then begins to ask in whose interest the statement are been made.

Right from the onset many groups a few of who are political parties, some CSOs and Think Tanks. Initially the reasons stated were the lack of legitimate reasons to pursue the change. We then realized that right from 2018 June a notification of award had been signed to do this in 2018 at $56 million.

At the time there were was agitation questioning why this was been undertaken, I have seen many correspondence explaining the reason for such a project to be done. When this came to the fore then we started getting other reasons coming from the critics that the cost could be lower as per research they had also done.

Meanwhile this new management at the commission have been questioning the huge expenditure and making efforts to get value for money by undertaking market surveys to ascertain prices on the market. This is what has been guiding management’s choices from the time they took office. For example my sources in the past simple everyday things was bought for about 10,000% more.

Later issues concerning procurement was then brought into the mix and one would say in whose interest? It began to seem that at all cost some were fixated on stopping the EC and in whose interest? This time the mention of the chairman of the Evaluation Panel was brought in that due to an illegality he dissociated from the process.

That for me was surprising because before putting it out there to maybe embarrass the people involved in the process, one could have just checked from the EC since there is no other interest than national interest.

My sources reveal some discrepancies in the evaluation especially on how marks were awarded to the bidders by the chair which was mind boggling. He was thus called upon to clarify, and the baffling response was that he had to speak to his lawyers. I will give an example of one of the discrepancies.

For Smartmatic the bidder did not provide security features for the BVR kit yet the Chair who has been mentioned awarded full marks. There is more but I am not going to go there.

A simple check would have prevented anyone from using him as a reason for impugning corruption on the part of others. The value chain for this procurement process includes people like Dr. Dominic Ayine, Dr Okoe Boye, PPA and the Central Tender Committee. My question once again is that this is in whose interest?

Notification of award has been issued and there too the cost is lower than what is been bandied about. The cost there is $54,023,194.88 and there was a huge discount of $157,761.12 and this is at odds with what the critics are saying, and in whose interest.

When the training and others are added it then comes to $59,566,832.88 still not close to the high figure been mentioned. This confirms a certain pattern of trying at each turn to discredit the EC as a body, until the law is changed it is the only body that has the mandate to manage our elections without any interference from any quarter.

Also the credibility of individuals reputations are been bastardised here and in whose interest?

From what my research has shown the EC is on track and working in the interest of the country and therefore deserves our support and not maligning and insults. I pray they would do an audit of their tenure as of now and that of the past to show the savings they have been able to make in our interest. As for the time constraints it is essential but not fatal to the processes and the election itself.

I encourage all critics CSOs and politicians to always seek information from the EC before going to town with false information which I believe is leaked from people at the EC, and in whose interest.

There is too much of this behavior in the society which has gained notoriety and does not bode well for our democracy. We should all be vigilant alright, but guard against acts that only go to hurt personalities and destroy the reputation of state institutions.

The company that has been notified has a huge experience in biometric management systems and also possess the financial might to perform this task. What we should be doing in my opinion is to police the process and also question to understand the security features which will be used to ensure the safety of our data.

Again ensuring a good backup to bring systems back on with any shut down. Also we should be interested in the Disaster Recovery Plan and the protection against any intrusions into the system.