CSE in Ghana: The truths beyond the misconceptions 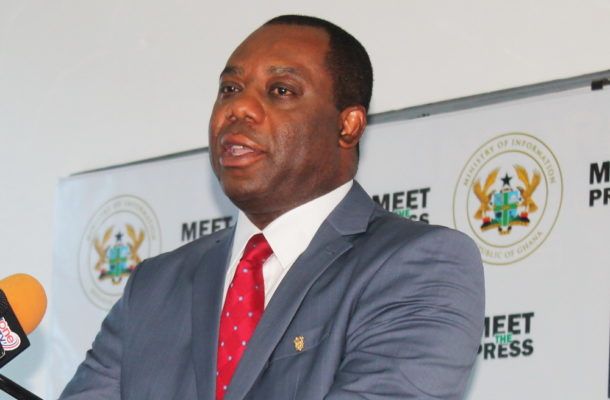 The initial intention of the government to include Comprehensive Sexuality Education (CSE) as part of the new curricula for basic schools has, in the past few weeks, triggered considerable opposition and outrage in the country.

Members of the media, religious groups, civil society organizations, traditional leaders, politicians, influential individuals, as well as the public have generally expressed disapproval of the policy.

Social media in particular, as expected, has been buzzing with all kinds of commentary, protests and reactions, much of which suggests that it is even evil to think about introducing the subject of sexuality in Ghana.

Ironically, while many people are talking about the subject, it would appear that not many really understand the issues involved, and where there are (partisan) political motives, discussions on the subject have tended to be deliberately elusive and mischievous.

It would seem that there has been very little education, as well as ineffective communication, on the subject, which has largely resulted in the kinds of reaction we are seeing.

The government might have very good intentions, which is why in the first place they are seeking to implement the new curricula for basic schools, but the communication (and sensitization) on the CSE by GES and government officials has not been as intensive as it should be.

Communication is crucial since the issue at state is a very sensitive and a globally controversial one, so that officials that lead discussions on the matter on behalf of the government and people of Ghana should be very knowledgeable on the issue, have first-hand information on its global trends, and be able to engage the Ghanaian citizenry in ways that take into account our own societal, cultural and religious attitudes, highlighting in an honest way what the introduction of CSE seeks to achieve.

In my estimation, Ghanaians missed out on most of these aspects, hence their intolerable reactions.

As I have an interest in the way that gender and sexuality identities are enacted through discourse (i.e., language in use and language as social practice), and have read quite extensively on issues around the discourse of sex, gender and sexuality, I feel an urge to offer a perspective on the subject. I hope to throw some light on the issues for public education.

I feel that sometimes, in discussing certain issues, we get rather sensational and easily lose sight of the real, hard facts. Other times too, we simply do not have the knowledge and, because we are not humble enough to admit our knowledge deficit, we readily go along with myths and misconceptions.

There will always be myths and misconceptions on any subject matter, but those will always have the potential to cause outburst and lead one away from thoughtful reflection.

In this article I discuss the CSE matter, not as a moralist, not as a psychologist, not as a health professional, not as a lawyer, but as a linguist who is interested in the ways sex, gender and sexuality are expressed in language.

I will first clarify the dominant meaning or representation of the terms ‘sex’, ‘gender’ and ‘sexuality’, and then move on to advance my own views and arguments about the whole idea of introducing CSE into the Ghanaian education system.

I do so mindful of the fact that the government has rejected the proposed guidelines for the introduction of the CSE into the revised basic school curricula.

The terms ‘sex’, ‘gender’ and ‘sexuality’ might each lend itself to more than one meaning but, as with nearly every word, each of them has a dominant meaning or representation in the way that it is used. Sex predominantly refers to the biological differences between male/boy and female/girl, and this distinction is mainly seen in the reproductive capacities of the two groups, in terms of “one’s external genitalia, chomosomal makeup, hormones, and reproductive organs”.

So, if we take external genitalia for example, while females/girls have vagina, clitoris and labia, males/boys develop penis and scrotum.

Gender is dominantly used to mean social differences (it is socially constructed) between male/boy and female/girl. Gender thus suggests the ways that the binary sex categories tend to be socialised into their communities so that men/boys are expected to possess certain characteristics and behave in certain ways which are expected to be different from those of women/girls.

Furthermore, some cultures believe that men hold the role of the family ‘breadwinner’, while doing domestic chores is the preserve of women.

All of this highlights the point that gender and acts of gendering are a social construct made possible by the cultural and religious attitudes of members of society. Sexuality is the keyword around which the controversies have revolved, and rightly so, as its dominant sense raises concern for many in Ghana.

Sexuality is to do mainly with the sexual behaviours, desires, preferences or orientations that people identify with and express. Sexuality preferences typically include being heterosexual (which in most societies is regarded as the norm/normal), gay, lesbian, bisexual, and transgender (which in most societies are regarded as deviant/abnormal/odd).

In Ghana, the only sexuality people are expected to openly identify with is heterosexuality, which means a man is to be attracted sexually only to a woman and vice versa, and nothing more. While there may be people who identify with and engage in the other so-called deviant sexual behaviours, we have not, as a country, reached that point where such people would be able to publicly declare these sexual identities.

This largely explains the intense levels of intolerance Ghanaians have for these deviant sexualities, since our culture and religious attitudes tend to make us see them as ‘absurd’, ‘dirty’ ‘evil’ or ‘satanic’ practices.

Thus, I can appreciate why any attempt to introduce a policy dubbed COMPREHENSIVE SEXUALITY EDUCATION, to be taught in basic schools, would be fiercely resisted and discouraged by the Ghanaian people.

Yet at the same time, I think that, in spite of the discomfort and the extreme sensationalism that have characterised our talk on the CSE, Ghanaians have to confront the real, hard facts about the subject of sexuality and its education in a thoroughly reflective manner.

While I do not think that we should introduce the teaching of CSE to basic school children, as they may be too young to appreciate the issues involved, and as the introduction itself could have indoctrination tendencies on them at that stage, we may consider introducing it as a subject in senior high schools. Already, SEX education (comprehensive or not) is in place and is taught in various ways in our Ghanaian context. SEXUALITY is also, in a narrowed way, a conversation we are already engaged in, even if informally or unconsciously.

This is because on a daily basis we find evidence of it in talk and text that suggests there is the discourse of compulsory heterosexuality in Ghana. To my mind, we need to focus on sex education at the basic schools (Upper Primary and JHS) where the emphasis should be on how to understand and cope with the changing bodily features children, teenagers and adolescents experience, dealing with such issues as body parts, puberty, reproduction, teenage pregnancy, birth control and sexually transmitted diseases and their prevention.

And then at a more mature level, presumably the senior high school level, we can introduce a carefully crafted sexuality education program which creates awareness of the existence of different sexualities but stresses abstinence, restrain and self-control.

Let me pause a bit and pose a few questions to those who are limitlessly against CSE in Ghana and suggest that introducing it in the Ghanaian education system at any level will spell doom for young people in Ghana. For them, it is a no, no, no.

First, do we assume that there is a correlation between teaching people about the existence of difference sexual behaviours and the practice of those behaviours? Second, given the information age we find ourselves in these days, due to technology and the internet, do we think that as young people grow up, they will not get to know about the existence of the so-called deviant sexualities?

Third, do we agree (or not) that in the Ghanaian context there are people who align towards deviant sexual orientations and practice them, but would deny these identities if asked? And forth, which is better – to teach young people to be aware of sexualities as a global phenomenon and stress abstinence, restraint and self-control, or to let them discover things themselves and possibly find their own ways of exploring and experimenting? These questions, as far as I can tell, partly state some of the misconceptions about the teaching of CSE.

In my view, it is good the government has assured Ghanaians that the CSE will not be part of the new basic school curricula, but we may eventually have to come back to the issue.

Not making people know the real facts about sexualities could have even more dire consequences. I am yet to see any research whose findings show that the teaching of sexuality education to people who can make sense of what they are taught has encouraged the practice of deviant sexual behaviours (over and above the generally accepted sexual orientation - heterosexual relations). Whether we like it or not, sexuality issues have now become human right issues and, around the world, especially in the more developed jurisdictions, we are witnessing ever-growing levels of tolerance for deviant sexualities.

Our Ghanaian cultural norms and religious attitudes may never allow us to tolerate, endorse or accept these sexualities, but that should not be the basis for shying away from creating awareness and offering education on the subject.

In Latin America (e.g., Brazil, Argentina) and Asia (e.g., Vietnam, Indonesia), for instance, there is anecdotal evidence that suggests that many transgender people regret that, at the time they decided on their own to transition, they did not have the benefit of learning about the negative consequences their actions would bring them later on in life

My emphasis is that, if at all CSE is to be a formal subject in Ghana, its implementation should start at the senior high school level, a stage when young people can learn and make very informed decisions. Just as we train teachers in our universities to specialise in subject areas such as History, Biology, English and Literature, etc., we should be able to develop programmes to train teachers with specialism in the area of Sex, Gender and Sexuality, so they can professionally and effectively handle the delicate subject of sexuality.

Perhaps even more importantly, in the teaching of CSE in senior high schools, we must approach the education NOT from a perspective of comprehensive information on how to safely ‘do’ these deviant sexualities, but from the perspective of awareness of these sexualities, abstinence, restraint and self-discipline. Besides, those who say that it is the responsibility of parents to teach their children about sexuality need to critically ask themselves how effective, prudent or reliable that would be.

An important lesson I have learnt from the manner in which we have, thus far, discussed the potential implementation of the teaching of CSE in Ghana is that broader stakeholder consultations and discussions, as well as effective communication, will always be crucial if the implementation of any sensitive policy should succeed.

As a matter of principle, the implementation of any issue of controversy and diversity, such as the CSE, will most likely always throw up reactions of all sort from the citizenry, and much of the reaction can lead to protestations and agitations. This is exactly what we have seen with CSE in the past couple of weeks. We definitely could have avoided, if not minimised considerably, the intense negative reactions by the Ghanaian people.