Customs warn against use of unaccustomed vehicles 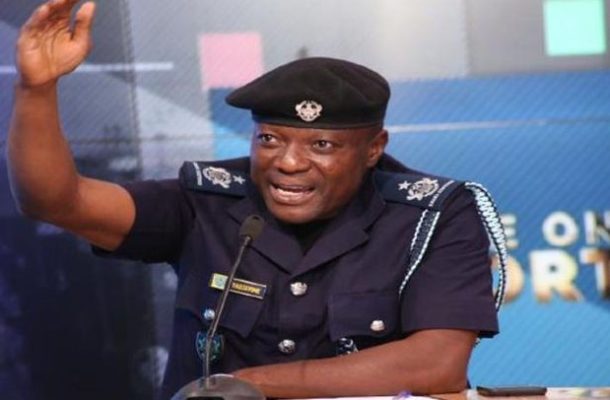 The Customs Division of the Ghana Revenue Authority (GRA) is cautioning members of the public who intend to buy vehicles to check with any of the customs offices to confirm the vehicle has been customed before proceedingto acquire that vehicle.

According to the Authority, car dealers or owners who have uncustomed vehicles in their custody, to submit them to Customs for due diligence to be done on them.

Customs has warned that the usage of uncustomed vehicles is illegal and punishable by law, hence it is prudent to follow right processes.

An uncustomed vehicle is one that hasn’t been dealt through the acceptable customs processes or one that full duties haven’t been paid on them.

Indeed, it has come to the notice of the Authority that many Ghanaians use such vehicles and the Authority though Customs is embarking on a strong sensitization mission while ensuring that culprits are apprehended immediately.

Speaking on Eye on Port, a Supervisor at the Vehicle Valuation Unit of the Customs Technical Services Bureau, Justice Njornan Magah Yadjayime, indicated that uncustomed vehicles end up in the public often through illegalimportation.

“For instance, somebody goes to Togo, with the thought that vehicles are cheaper there, and because our borders are porous, areable to +nd their way into our country through unapproved routes,” he cited.

The Principal Revenue Ocer also hinted that the existing ECOWAS regime which permits free movement of persons and goods has inadvertently enabled the act.

He explained that people travelling are entitled to use their vehicles in the ECOWAS destination for a period of 90 days for private vehicles, and 15 daysfor commercial vehicles.

He said even though Ghana’s laws permit period extensions per application to the Commissioner General, some people abuse this system, and end up contributing to the number of uncustomed vehicles in Ghana.

Mr. Yadjayime revealed that, “People using these legal means, end up in illegality. When they come and the time is exhausted, some of them would try to look for a declaration of a car that went through the system, scan the documents, the chassis number, and other details of the vehicle before selling it. If you do not verify with customs, you’d end up buying the wrong vehicle.”

He also said, “others go through the transit regime to divert cars bound for other countries in the subregion.”

The Customs Offcial however said, vehicles also end up in the uncustomed category when there is a detection of discrepancies where full duties are not realised.

He said this can be as a result of inaccurate duty calculations with respect to age, value and engine capacity among others.

He maintained that the Customs Division of the Ghana Revenue Authority are aware of these loopholes and are rigorously plugging them.

Mr. Yadjayime said vehicles imported temporarily through the various legal channels, are within the database of customs, and failure to leave within the allowed period, is subject to seizure

“We have a preventive task force that goes round to pick such vehicles. They are able to detect those that have the chassis number tampered with, to conform with those that have been genuinely cleared by customs. Also, in the case of a genuine chassis, they can tell if full duties have been paid,” he disclosed.

He noted that retrieval of a seized vehicle would be preceded by payment of full duties and penalties.

The Supervisor in Charge of the Valuation Unit of the CTSB said, “you have a 30-day duration to apply for restoration. When Commissioner grants that restoration, you pay the duty on it and pay a penalty, then you can pick up the vehicle for registration.”

He stated that for individuals to elude these uncomfortable procedures, it is essential that from the onset, they abide by the laid down procedures for theimportation of vehicles through acceptable customs processes