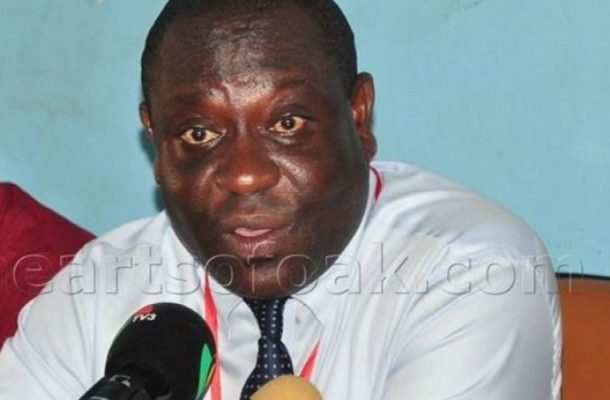 The pair worked together at King Faisal Football Club between 2009-2012 where Sowah Odotei was the Chief Executive Officer of the club.

Grunsah has accused the former MP of being a fraud as he once withdrew more amount of money than had been agreed.

According to Alhaji Grunsah, he ordered Odortei Sowah to withdraw $40,000 for the development of King Faisal but Odortei Sowah ended up withdrawing $40,000 dollars more than was agreed.

Speaking in an interview with Vision1 Fm , Alhaji Grunsah stated that, he was on the verge of sending the case to court but some NPP Gurus intervened on behalf of Odertei Sowah, because he had won its Primaries and was eyeing the Dade Kotopong seat by then; fearing it would have dented his parliamentary ambitions.

Alhaji Grunsah made it known when comparing the Former Chief Executive Officer (CEO) of Asante Kotoko, George Amoako to the tenure of Odortei Sowah.

The former CEO of Kotoko has been named as the Executive Chairman of King Faisal.

Th renowned football administrator left his role as the CEO of the Porcupine Warriors following the inauguration of the new Board of Directors to steer of the affairs of the club.

However, the Executive Council member of the Ghana Football Association (GFA) has found himself a new club after reports emerged that he was on the verge of losing his title as ExCO member after parting ways with Kotoko.

George Amoako has in the past  worked with King Faisal during the Herbert Mensah administration in the early 2000's.