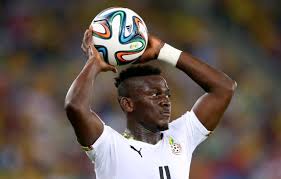 The Antwerp player was handed the call-up on Tuesday because of injury to England-based defender Andy Yiadom to boost the squad ahead of the game in Accra.

The former Porto right-back makes a return to the Black Stars after a six months absence.

Opare was part of Ghana's squad for the 2014 World Cup and was also an integral part in the U-20 team that won the 2009 World Cup.