Dansoman based DJ arrested for defilement 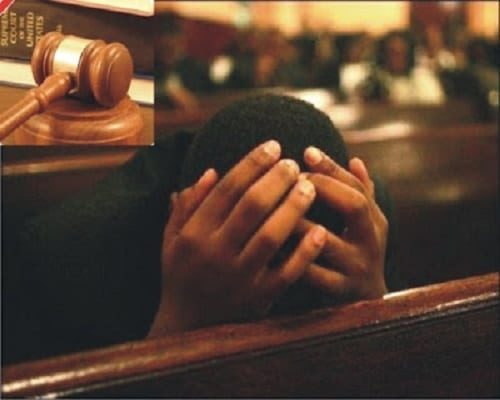 A Disc Jockey (DJ), who is accused of having sex with a 10-year old girl at Flamingo, a suburb of Dansoman, has appeared before an Accra Circuit Court charged with defilement.

Solomon Anim has, however, denied the offence.

The court presided over by Mrs Rita Abrokwa Doko has admitted Anim to bail in the sum of GHC20,000.00 with three sureties one to be a public servant.

Anim is expected to reappear on November 12.

The court has, however, ordered the prosecution to furnish the accused person with all relevant document they intend to rely on during the trial.

Sergeant Opoku Aniagyei, who held brief for Deputy Superintendent of Police (DSP) Agnes Boafo, said the complainant is a resident of Tabora and the victim’s father.

Sergeant Aniagyei said the accused also resides at Flamingo, a suburb in Dansoman, and works with the complainant within that area.

The prosecution said during the month of August, this year, the complainant sent the victim to the house of the accused person to purchase cooking oil.

The prosecution said the complainant also asked the victim to call the accused to come to work and assist him.

According to the prosecutor, Anim took advantage of that and lured the victim into his room and had sex with her on three occasions and warned her not to tell anyone else he would beat her.

It was after the complainant had quizzed her that she narrated her ordeal to him and a complaint was lodged with the Police at the Domestic Violence and Victim’s Support Unit of the Ghana Police Service at Dansoman.

The Police issued a medical form to the complainant to seek treatment for the victim and Anim was also picked up.

During interrogation, the prosecution said the accused denied the offence.