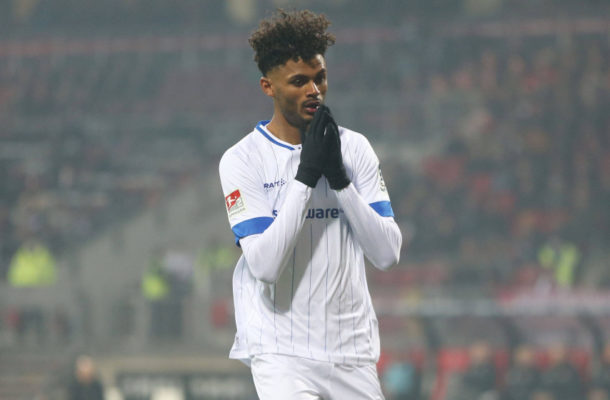 German-born Ghanaian forward Aaron Seydel will miss the start of the 2022/2023 German Bundesliga II season for his club Darmstadt 98 through an ailment.

Lilien striker Aaron Seydel has been out for three months due to injury  and quick return is apparently out of the question as he has been struck with meningitis.

"After I had a prolonged headache, tiredness and dizziness, I went to the University Hospital in Mainz for a medical examination, where meningitis was diagnosed," the attacker was quoted as saying in a statement from the Darmstadt-based club on Wednesday.

Seydel posted a picture of himself from the hospital on Instagram: "L for longevity. I'll be back soon".

The southern Hessians give Seydel all the time in the world to fully recover. He will remain in hospital for the remainder of the week for observation and will need a few days rest after that, the Lilies said.

In close consultation with the medical department, the load will then be increased bit by bit and Seydel will be reintroduced to the team. "I'm already on the mend and I hope

Although Seydel was present at the training camp in Herxheim, he suffered a setback and is therefore out for an indefinite period.