David Accam on trials at Finnish side HJK Helsinki 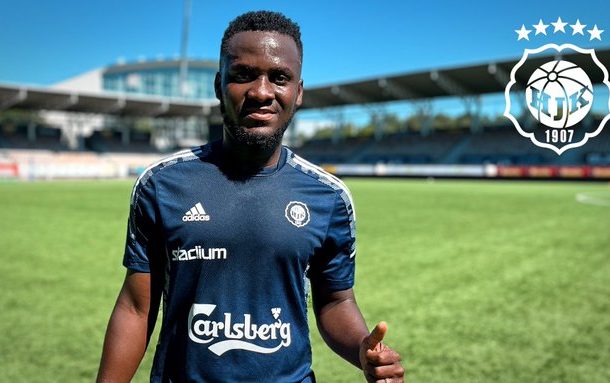 Ghanaian attacker David Accam is currently on trials at Finland side HJK Helsinki  for trials as he is on the look out for a new team.

Sports director of the club, Miika Takkula has revealed that Accam is among several players on trial at the club with the hope of signing some of them.

"Our scouting team has mapped several dozens of players: First, all immediately available free agents, of whom Accam is now testing, as well as Finns who play abroad and are interested in us. After that, based on the data, we mapped the players whose contracts expire at the end of June," sports director Miika Takkula opens up.

"We held negotiations with a couple of players, but we could not reach an agreement on the terms of the contract. Players at that level always have other, more expensive options available than our own chips are enough for."

It was in August 2012 that David Accam left Östersunds FK for a transfer to Helsingborgs IF.

In Skåneklubben, the fast winger was a great success, before he left almost three years later for a transfer to Chicago Fire in MLS.

Since then, the 31-year-old, in addition to a loan stay in Hammarby in the 2021 season, has been on the other side of the Atlantic. At the turn of the year, however, his contract with Nashville expired, and thus he is looking for a new club.

Now Finnish HJK Helsinki announces that David Accam will test train with the club this and next week. The Ghanaian did his first training session last Thursday and will continue this week as they assess him.

In addition to the clubs mentioned, Accam has also represented the Philadelphia Union and the Columbus Crew.