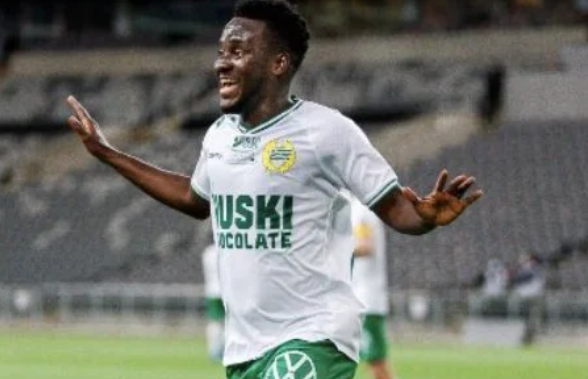 Hammarby defeated Trelleborgs by 3-2 in the cup game with the Ghanaian starting the game from the substitute's bench.

The home side where the dominate team in the early stages and their dominance counted when in the 10th minute Jeppe Andersen scored for the host to make it 1-0.

Accam was brought on as a second half substitute in the 64th minute in place of Jon Fjoluson.

Trelleborg huffed and puffed for the equalizer to send the game into extra time and got it very late in the game as in the 87th minute they were awarded a penalty which was converted by Serbian forward Petar Petrovic.

The game went into extra time before two quick goals turned it on its head in favour of Harmmarby with goals coming from Gustav Ludwigson and David Accam.

The goal wasn’t enough as the host advance to the semifinals on a 3-2 victory.

Accam joined the Bajen on a season-long loan deal from Major Soccer League side Nashville, with the option of a one-year extension at the end of the initial period.