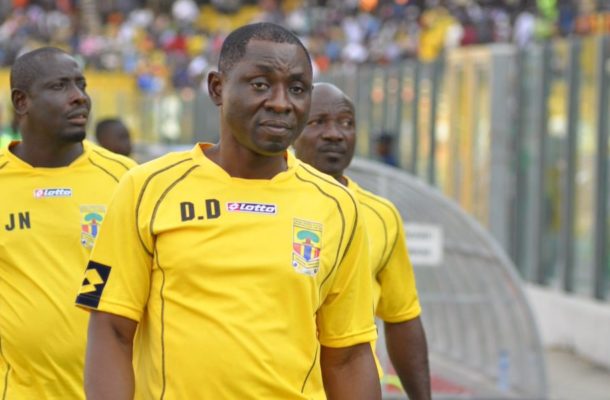 Kim Grant has been asked by the hierarchy of Hearts of Oak to step aside after a confrontation in a meeting held today over his coaching certificate issues.

Local media reports indicate that the stage is now set for David Duncan to finally return to the Raibow fraternity to replace Kim Grant and complete his "unfinished business" at Hearts of Oak.

While the club is waiting to officially announced the departure of Grant after failing to provide his license A coaching certificate from the British Coaching Board which is required by the Club Licensing regulations to lead a top-flight team, reports say that Duncan is expected to negotiate the terms of his new contract with the Phobians this week.

Duncan has been unemployed since being dumped out of his role at Kumasi Asante Kotoko in April 2016, after he led the Porcupine Warriors to the relegation zone of the GPL under his supervision.

Now it appears club owner Togbe Afede XIV and coach Duncan have ironed out their differences as the ex- Hearts coach will return to be appointed as Kim Grant's successor.

According to other source, Duncan has already agreed a salary and has discussed possible transfer targets with the club. He is likely to be presented as the new coach of the club, once he finalised his contract details.

Hearts will welcome Berekum Chelsea at the Accra Sports Stadium in match week one opener of the Ghana Premier league on Sunday December 29, 3:00pm local time. But Duncan not likely to lead the dugout against the Bibires.