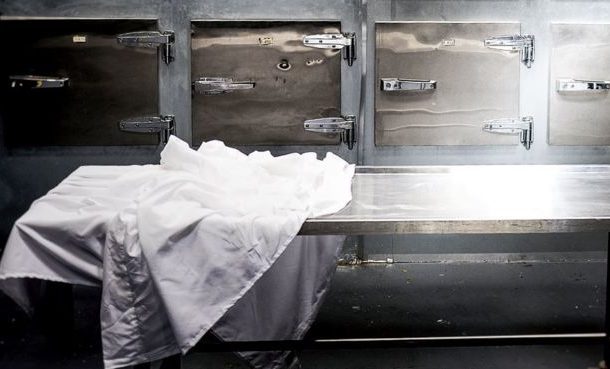 A South African woman is recovering in hospital after being discovered alive in a mortuary fridge.
The woman was taken to Carletonville morgue, in Gauteng province, having been declared dead by paramedics following a road accident.

But when a morgue worker returned to check on the body in the fridge, he found the woman was breathing.

An official has confirmed to the BBC the woman is now being treated in a hospital east of Johannesburg after being referred by forensics officers. She has not been named.

An investigation into the incident is being carried out, with the family demanding answers.

“As a family we won’t talk about this unless the police, paramedics and the mortuary officials who were involved are present. We need answers,” a family member told the BBC, speaking on condition of anonymity.

The man said the family was in shock.

“The issue is that we need answers, that’s all we want and we don’t have any clarity now,” he added.

Distress Alert operations manager Gerrit Bradnick said there was “no proof of any negligence” on his company’s behalf.

“This did not happen because our paramedics are not properly trained,” he told TimesLive.

Mr Bradnick told TimesSelect she was one of several people involved in a car accident which left two others dead on Sunday, 24 June.

This is not the first time this year someone has woken up in a mortuary after being declared dead.

In January an inmate at a jail in Spain’s Asturias region regained consciousness hours before an autopsy was due to be performed.

Three doctors had certified him dead.

It is also not the first time this has happened in South Africa. Seven years ago, a 50-year-old man woke up screaming in an Eastern Cape morgue. In 2016 another road accident victim, from KwaZulu Natal, was declared dead, only to be found breathing the next day.

He died five hours after the discovery.