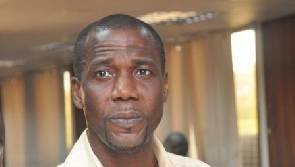 The independent presidential candidate for the December 7 presidential election, Jacob Osei Yeboah, known as JOY, has said he has been ordained by God to be the next president of Ghana.

According to him, he received a prophecy from a US-based Bishop who indicated that he was going to be president of Ghana. Hence his qualification to contest in this year’s elections, when several others have been disqualified, is an indication that the prophecy will come to pass.

JOY was one of the four aspirants cleared by the Electoral Commission of Ghana to contest in the elections. The others are Nana Addo Dankwa Akufo-Addo of the New Patriotic Party (NPP), John Mahama of the National Democratic Congress (NDC) and Ivor Greenstreet of the Convention People’s Party (CPP).

Speaking in an interview with Chief Jerry Forson, host of Ghana Yensom, on Accra100.5FM on Tuesday October 18, Mr Osei Yeboah said: “Madam Charlotte Osei has been bold by rejecting all the disqualified aspirants. It means all their campaigns have come to nothing.”

“Today as we speak, all those pastors who prophesied electoral victories in the past, go and ask them to tell you that now that the presidential candidates are now four, which of them has been ordained by God to win the elections. I will be the one, in fact I am the one.

“I don’t like bragging, I am also a preacher, I preach at the Methodist Church. I started preaching at the age of 16. I once attended a programme for pastors and was asked to give exhortations. During that programme, one Bishop from America who spoke after me prophesied that I will be elected the president of Ghana one day and that day is this year’s elections.”classfmonline.com