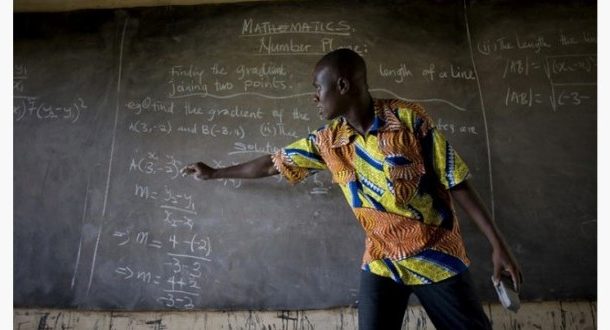 An association of some aggrieved teachers in the Volta region have declared their support for NDC flagbearer John Dramani Mahama over government’s failure to pay salary arrears owed them since 2012.

At a press conference held in the Volta regional capital of Ho, on Wednesday 2nd November, 2020 spokesperson for the aggrieved teachers, Mathias Tulasi noted that government has been inconsistent with claims on the number of teachers who have been paid the legacy arrears while stating that over 63,000 teachers have still not been paid.

“The fact remains that we still have over 63,000 teachers across the country owed the legacy arrears. Their statements are not only false and misleading but a deliberate attempt by this government to deny the affected teachers what is due us,” he added.

According to the aggrieved teachers, several attempts to get government to heed their calls have proven futile.

“We want to put on record that if John Mahama hadn’t lost the 2016 election, all teachers owed would have been paid. This is because, some of our colleagues were paid in full while the rest were being verified for payment before he lost the elections,” Mathias Tulasi told the press.

In furtherance, the aggrieved teachers said, “At this juncture, we have nothing to do but to call on all the over 63,000 affected teachers to work assiduously for John Dramani Mahama to come back to power and pay our salary arrears because the Nana Addo led government is not ready to do so, the reason they keep peddling untruth.”