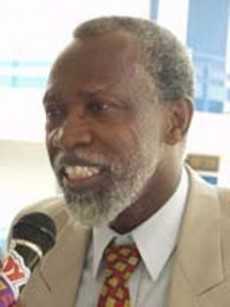 Professor Stephen Adei, Dean of Arts and Sciences, Ashesi University, has noted that a well-coordinated decentralized system can open up Ghana to become an economic power hub.

He said intervention policies such the One District One Factory, Planting for Food and Jobs, among others held the key in transforming the economic fortunes of the country only if decentralization was firmly rooted at the local level.

Prof. Adei who was speaking at the fourth Local Government Service Professional Conference in Ho on the theme: “Transforming Ghana through Effective Leadership, Coordination and Implementation of Government’s Policy at the Decentralized Level in the 30 years of Ghana's Decentralization” said Ghana’s economic power could potentially attract both local and foreign investors.

He said "Ghana beyond aid" would be possible if Ghana reached a point where it had a much more coordinated resources from harnessing its local potentials to sustain it for about 50 years with a plan to utilize the resource and its developmental and infrastructural challenges.

Prof. Adei said though borrowing seemed to have come to stay with the country, the yolk must be broken to allow Ghana attain her financial sovereignty and bring her to a level where she would not be dependent on others but a partner to reckon with on the global economic stage.

Mr Yaw Osafo Marfo, Senior Minister, Office of the President, said effective implementation of government policies thrived best on game changing leadership who were able to resolve and harmonize efforts to maximize the returns of resources at their disposal.

He urged the professionals to be the “game changers” in Ghana’s transformational agenda and stand up against the negative status quo attached to public service delivery that had no positive change at all levels of decentralization.

Mr Osafo Marfo said over the years, the public had lost the trust and confidence in public officials because of their inability to live up to the principles of transparency, accountability and diligence in the application of resources in the various institutions.

He challenged them to expose wrong and fraudulent deals in their institutions as the seemingly acceptance and protection of “bad nuts and bad practices” had enabled them to fester.